Delhi Metro Commuter Accuses Man of Flashing Penis at Her Inside Train, Alleges Molestation in Post on Twitter 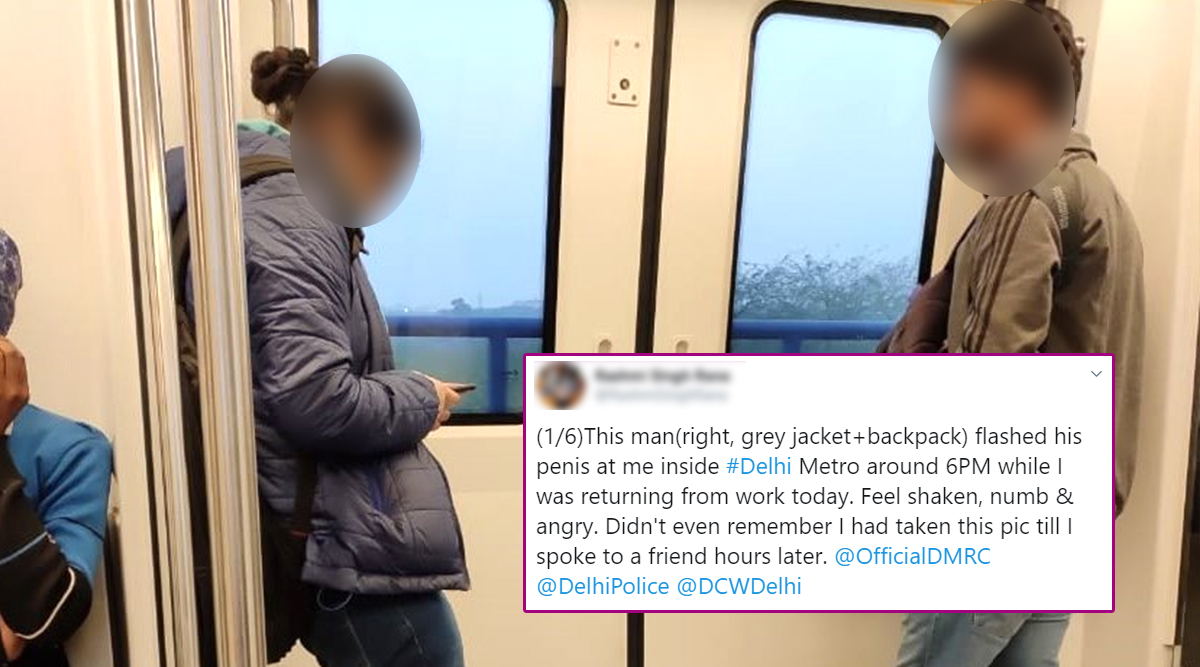 Delhi, February 13: A woman from Delhi shared a deplorable incident of molestation that took place inside the Metro. Sharing her ordeal in a series of tweets, the woman alleged that a man flashed his penis at her inside a Delhi Metro train. The woman said that the episode took place on February 12 at around 6 pm when she was returning from work. Mumbai: Man Flashes Private Parts to a Girl at ATM, Arrested With The Help of Her Video. 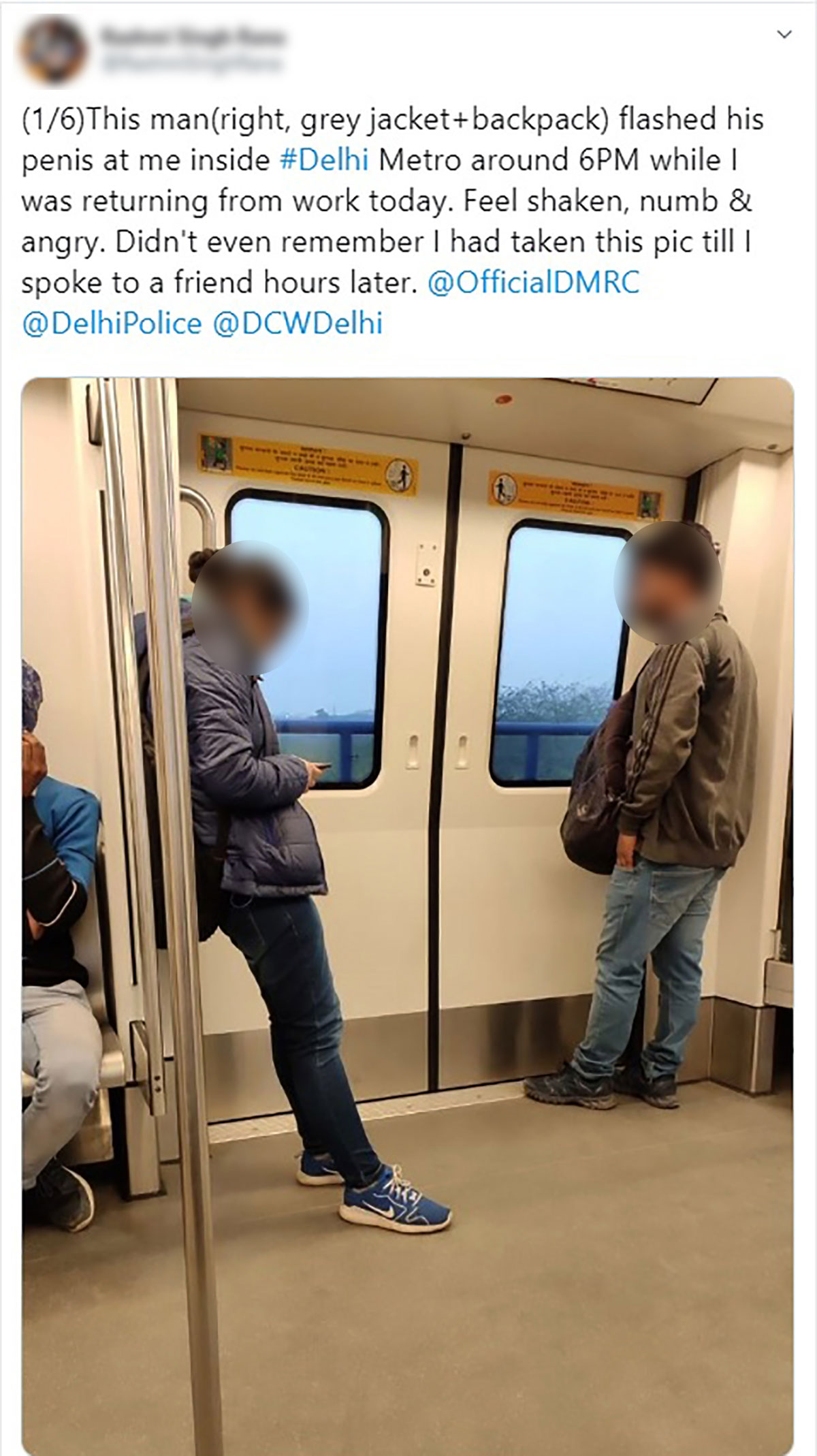 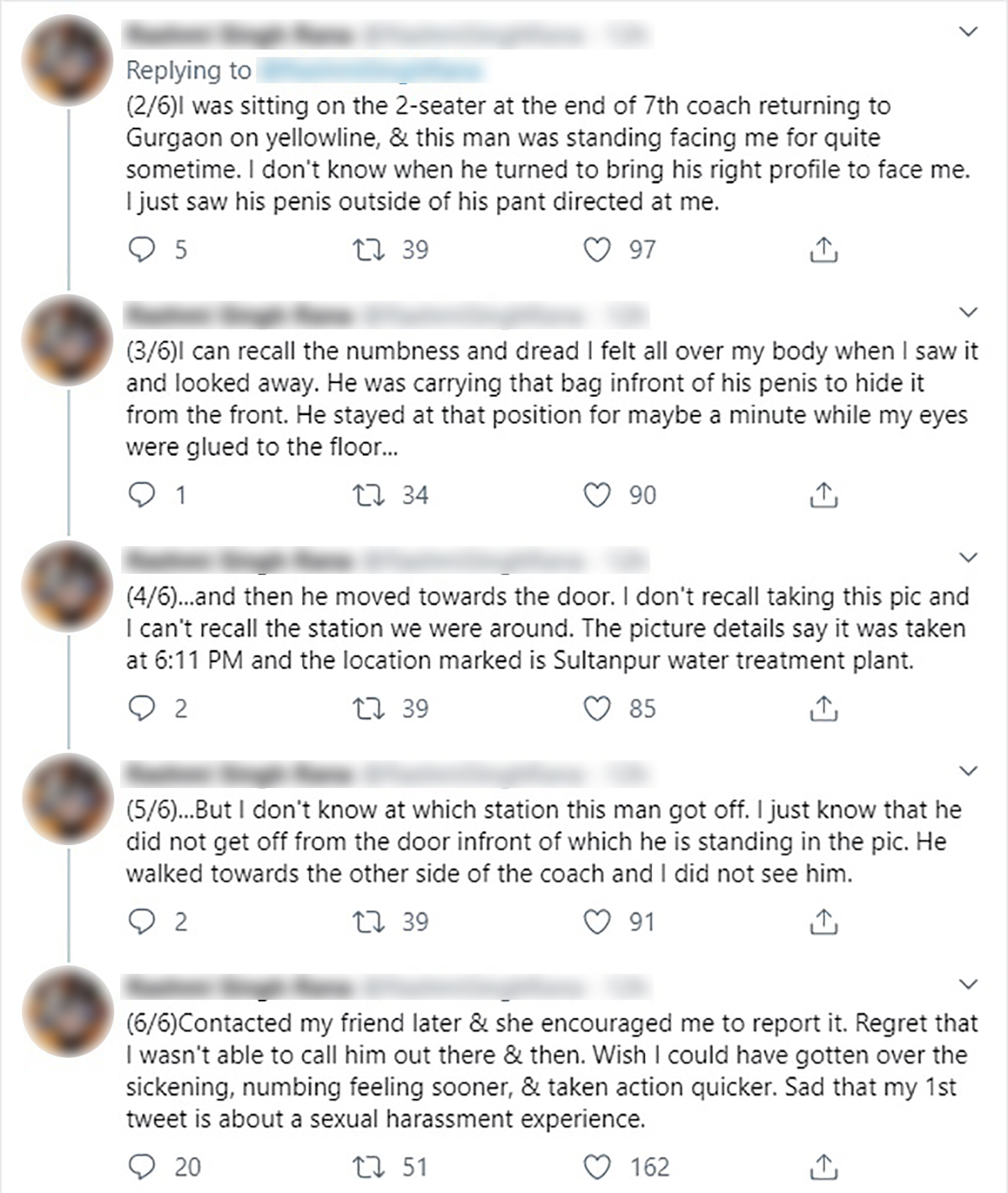 According to the woman, the man, who remains unidentified, was carrying a bag in front of him to hide his private parts. "I can recall the numbness and dread I felt all over my body when I saw it and looked away. He was carrying that bag in front of his penis to hide it from the front. He stayed at that position for maybe a minute while my eyes were glued to the floor," she said in one of her tweets.

Tagging Delhi Metro Rail Corporation, Delhi Police and Delhi Commission for Women, the woman snapped a picture of the man and posted it on Twitter. She also said that she has reported the incident.