Mumbai: Man Flashes Private Parts to a Girl at ATM, Arrested With The Help of Her Video 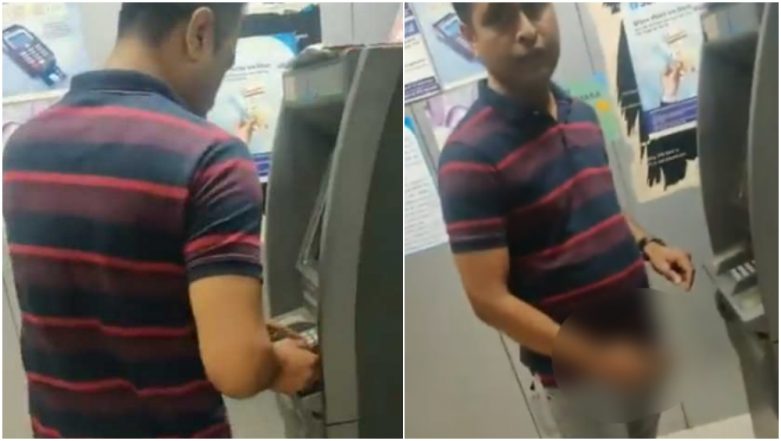 Mumbai, May 12: A girl from Mumbai shared a video of a deplorable incident that took place when she visited an ATM late night. A man flashed his private parts and made lewd gestures at her in an ATM. A girl named Shibani shared the horrific incident on Twitter along with a recording of the man. Social media lauded her courage and thanks to her video, the Mumbai police have been able to arrest the molester. According to her post on Twitter, the incident occurred in her locality at 3 am when she went to an ATM to withdraw money and pay the rickshaw guy. She decided to take a video of the incident and called out to the man on a public platform. Molestation in Mumbai Local: Man Flashes at Girl, Touches Her On Board Packed Train, Arrested.

It was Shibani's birthday and she was returning home when the incident occurred in her locality. When she went in the ATM, the man offering to help her, began touching inappropriately. And to make it worse, he unzipped and flashed his dick at her. That's when she decided to record him. He quickly began to cover up when he saw the camera. Luckily when she stepped out of the ATM she saw a police car. She went to them and showed them the video. She later updated everyone that the man was arrested. Disturbing Video of Man Masturbating in Delhi Bus, Flashes In-front of Girl: DU Student Uploads Clip & Files FIR.

Check Girl's Tweet About the Arrest of The Man Who Flashed at Her:

Update: He has been caught and an FIR has been filed against him. Thank you everyone for such kind words and support. And thank you @MumbaiPolice for taking immediate action. :)

I really hope no one ever has to feel unsafe in a place they call home.

She also mentioned that she assumed her locality was safe, but she was wrong. It is indeed scary what this girl had to go through in the vicinity of her house. People on Twitter appreciated her courage for standing up and bravely tackling the situation.