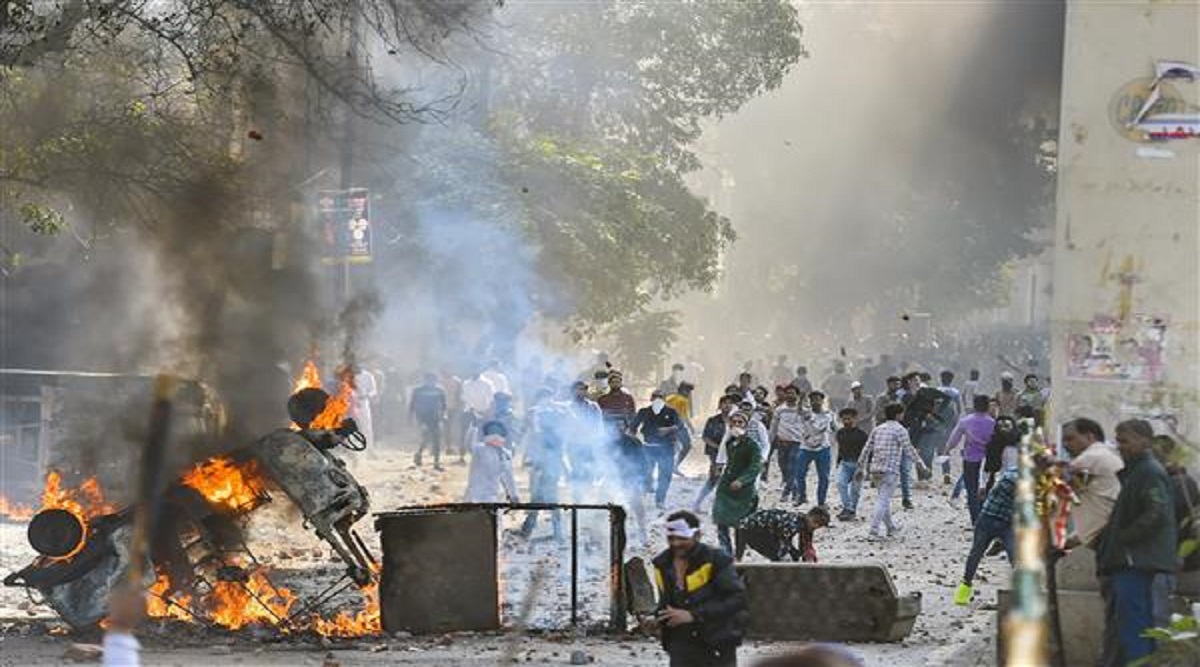 New Delhi, February 25: The Delhi Police on Tuesday dismissed reports which claimed that the Ministry of Home Affairs (MHA) was informed about the "shortage of forces", which led to the aggravation of violence. Commissioner of Police Amulya Patnaik categorically denied sending any such alert or information to the Home Ministry on Monday -- when violence between pro, anti-CAA protesters led to fatal casualties in North East Delhi. Six More Killed in Clashes Between Pro And Anti CAA Groups, Death Toll Mounts to 10.

The police department took to Twitter to dismiss a report carried by news agency PTI, which claimed that the Delhi Police had informed the Home Ministry, headed by Union Minister Amit Shah, that the shortage of personnel has led to a riot-like situation in northeastern part of the national capital territory.

"PTI story titled " Shortage of forces led to violence aggravating: Delhi Police to MHA" is totally baseless. CP, Delhi Police @CPDelhi has denied that no such information was given to MHA. (sic)," said the statement issued by the Delhi Police on Twitter.

PTI story titled " Shortage of forces led to violence aggravating: Delhi Police to MHA" is totally baseless. CP, Delhi Police @CPDelhi has denied that no such information was given to MHA.

"I deny that there is any deficiency of Police force. Sufficient forces have been deployed in the Northeast district. CRPF, RAF and additional resources of Delhi police are also active. 11 FIRs have been registered and few have been detained," MS Randhawa, Delhi Police PRO, said.

The death toll in the violence between pro and anti-CAA protesters climbed to 10 on Tuesday. The number of injured civilians jumped to 130, whereas, 56 police personnel were confirmed to have sustained wounds. One cop - head constable Ratan Lal - was shot dead during the violence in Gokulpuri on Monday.