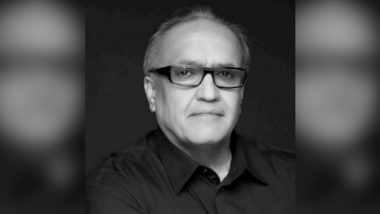 According to reports, a complaint against Chhabria was lodged on December 19. Following the initial probe, API Sachin Vaze and his team arrested him from his office in MIDC. Cops also brought one of his cars to the Mumbai Police headquarters. Chhabria was booked under section 420 (cheating) and other relevant sections of forgery under the Indian Penal Code, tabloid Midday reported. Suresh Raina & 33 People Booked by Mumbai Police After Raid at Dragonfly Pub For Keeping It Open After Permissable Time & For Flouting COVID-19 Rules.

While the Mumbai Police have confirmed Chhabria's arrest, details about the case were awaited. Cops are likely to hold a press conference tomorrow when they will reveal details of the case linked to Chhabria, India Today reported.

(The above story first appeared on LatestLY on Dec 28, 2020 10:17 PM IST. For more news and updates on politics, world, sports, entertainment and lifestyle, log on to our website latestly.com).