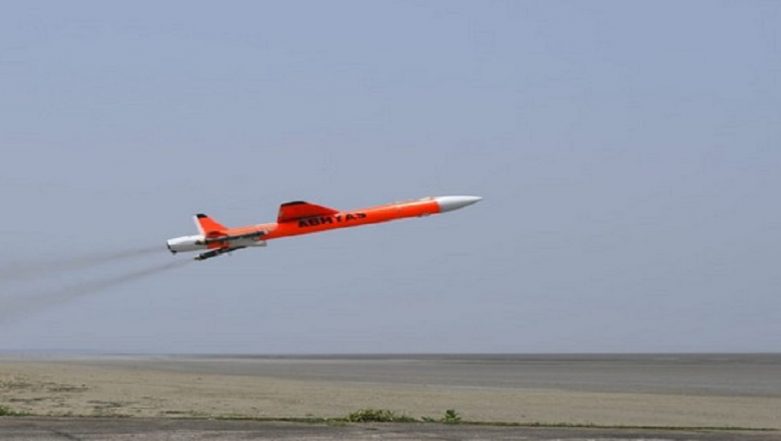 The pilotless target aircraft are used by the DRDO and the three services for testing their different types of missiles including air-to-air missiles and surface to air missiles. The ABHYAS is an advanced expendable target which can be used for simulating different types of aircraft and missiles. DRDO Test Fires Long Range Surface to Air Missile LR-SAM From INS Chennai Off Coast of Odisha.

"The configuration of ABHYAS is designed on an in-line small gas turbine engine and uses indigenously developed MEMS-based navigation system for its navigation and guidance," the release said. The performance of the system was as per simulations carried out and demonstrated the capability of ABHYAS to meet the mission requirement for a cost-effective HEAT.