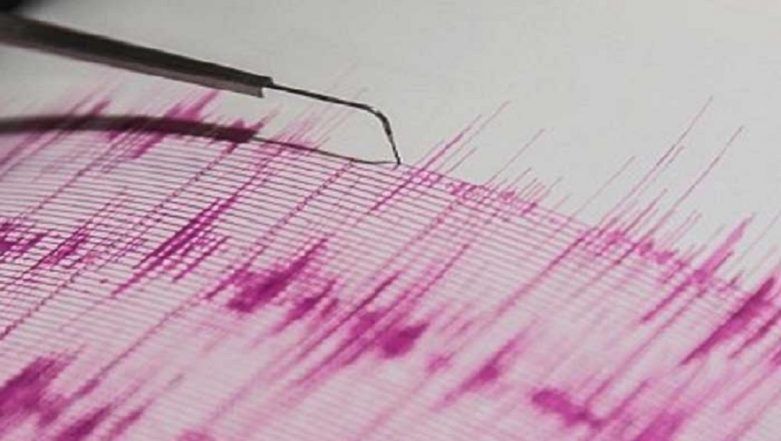 Port Blair, May 26: An earthquake struck the Andaman & Nicobar islands in the early hours of Sunday. The tremors, measuring 4.5 magnitude on the richter scale, hit the Nicobar islands at around 7:49 am in the morning. The quake was relatively mild and is unlikely to have caused any damage to properties. No civilian casualties have either been reported.

"An earthquake with a magnitude of 4.5 on the Richter Scale hit Nicobar Islands today at 7:49 AM," said the statement issued by the India Meteorological Department. The epicentre of the earthquake was yet to be confirmed by the time this report was published. Earthquake in Uttarakhand: Tremors Felt in Uttarkashi Region's Barkot Town

The earthquake came four days after tremors of similar intensity were reported off the Andaman coast. On May 22, tremors of 5.6 magnitude struck 108-km east of Mayabunder at 6:09 am in the morning. Low-intensity impact was reported from parts of Andaman & Nicobar neighbouring Myanmar.

The aftershocks of Wednesday's earthquake was felt on Saturday as well, as tremors measuring 5.0 magnitude shook parts of Andaman Islands at 2:52 am in the night. No loss of lives or assets were recorded.