Moreover, the heatwave adversely affected wheat output in March 2022. “We are apprehensive that both agriculture and industry will post a sub-1 per cent GVA growth in Q4 FY2022, whereas services growth will print at around 5.4 per cent,” Nayar said. 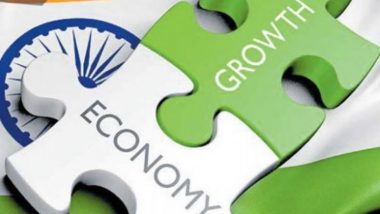 Mumbai, May 23: The economic growth may have slowed to 3.5 per cent in fourth quarter of 2021-22 from 5.4 per cent in the previous three-month period due to the impact of higher commodity prices on margins, decline in wheat yields and on higher base, Icra Ratings said on Monday.

The agency said the hiccups in the recovery of the contact-intensive services attributable to the third wave of Covid-19 in the country may have also affected the economic growth in the quarter. Even the gross value added (GVA) at basic prices (at constant 2011-12 prices) in Q4 FY2022 seems to have eased to 2.7 per cent from 4.7 per cent in Q3 FY2022, it said.

The National Statistical Office (NSO) will release the fourth quarter numbers of fiscal 2022 on May 31. Icra's Chief Economist Aditi Nayar said Q4 was a challenging quarter, with the Omicron-fuelled third wave of Covid-19 arresting the momentum in contact-intensive services, and a pervasive pressure on margins from higher commodity prices. Economic Recession Not Inevitable, Pain to Last 'Some Time', Says US President Joe Biden.

Moreover, the heatwave adversely affected wheat output in March 2022. “We are apprehensive that both agriculture and industry will post a sub-1 per cent GVA growth in Q4 FY2022, whereas services growth will print at around 5.4 per cent,” Nayar said.

The agency further said that the recent cut in excise duties on petrol and diesel will help boost sentiments and improve consumers' disposable incomes, while simultaneously cooling the CPI inflation.

Last week, the government had cut excise duty on petrol by a record Rs 8 per litre and that on diesel by Rs 6 per litre to give relief to consumers battering under high fuel prices that has also pushed inflation to a multi-year high. Retail inflation, as measured by consumer price-based inflation (CPI), accelerated to an eight-year high of 7.79 per cent in April.

“We are enthused by the recent excise duty cut on petrol and diesel, which has been complemented by VAT cuts by some states. This will bolster sentiment and create some cushion within stretched household budgets to undertake non-essential spending,” Nayar said. Icra projects the average CPI inflation for FY2023 at 6.5 per cent, pencilling in a 40 basis points repo rate hike in the June 2022 monetary policy review, amid a terminal rate of 5.5 per cent.