A man in Gujarat has submitted a complaint with the police alleging that a gang of ghosts has been harassing him. 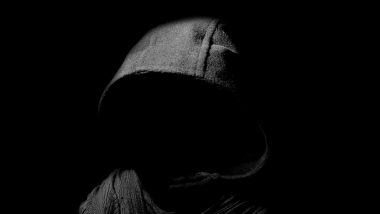 Vadodara, June 29: A man in Gujarat has submitted a complaint with the police alleging that a gang of ghosts has been harassing him. Cops at the Jambughoda police station in Panchmahal district reportedly accepted the complaint on June 27 to pacify the man who seemed to be mentally disturbed. His family also confirmed that he was on medication. Saffron BPO in Gurgaon Ghost Story: Girl Named Rose 'The Dead Girl Living,' Know the REAL Horor Tale of Vivek Oberoi-Starrer 'Rosie: The Saffron Chapter'.

In his application, addressed to the police sub-inspector, the man claimed that the gang of ghosts had approached him when he was working in his farm. He went on to claim that two ghosts had threatened to kill him. "So, I ran to the police station. I request you to save my life," the complainant was quoted by TOI as saying. Is That a Real Ghost? Father Shares Horrifying Video of Daughter Being ‘Pulled’ Under Bed by Paranormal Being.

According to PSI Mayanksinh Thakor, who was on duty when the man came to the police station, the complainant was was agitated and behaving abnormally. "We took down his application and showed it to him to help him calm down," PSI Thakor said. The police contacted the man's relatives and found that he was receiving psychiatric treatment.

"However, he had not taken his medicine for the past 10 days," Thakor said, adding that his family has been asked to ensure that he takes his medicines regularly. "He said that he ran to the police station as he believed that the ghosts would not be able to trouble him there," the officer added.

(The above story first appeared on LatestLY on Jun 29, 2021 01:41 PM IST. For more news and updates on politics, world, sports, entertainment and lifestyle, log on to our website latestly.com).