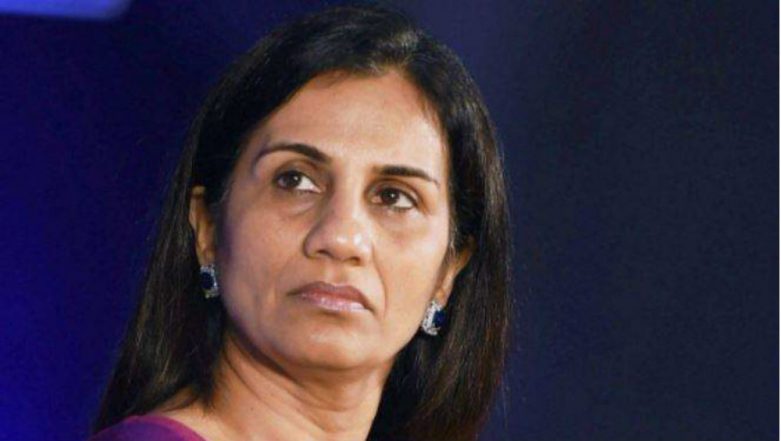 The Enforcement Directorate (ED) has summoned former ICICI Bank CEO Chanda Kochhar, her husband Deepak Kochhar and brother-in-law Rajiv Kochhar in connection with the ICICI-Videocon case on Tuesday, said ED sources. According to reports, Chandra has been summoned for May 3, while her husband and his brother have been asked to appear before the Mumbai Investigation office on 30th April and record their statement under the Prevention of Money Laundering Act (PMLA). Chanda Kochhar, Venugopal Dhoot Called by ED For Questioning.

The trio are required to assist the investigating officer in taking the probe forward, the official said, adding that the three have been asked to bring some documents related to their personal and other finances. The Kochhars have been questioned in the past too at the ED Office in Mumbai on March 1 after the central agency conducted a raid. Former ICICI Bank CEO Chanda Kochhar, Husband Deepak & Videocon Chief Venugopal Dhoot Booked by CBI for Corruption.

The searches were conducted at premises of Chanda Kochhar, her family and Venugopal Dhoot of Videocon Group in Mumbai and Aurangabad. The ED has registered a criminal case under the PMLA early this year against Chanda Kochhar, Deepak Kochhar, Dhoot and others to probe alleged irregularities and corrupt practices in sanctioning of ₹1,875-crore loans by ICICI Bank to the corporate group. This ED action was based on a CBI FIR.