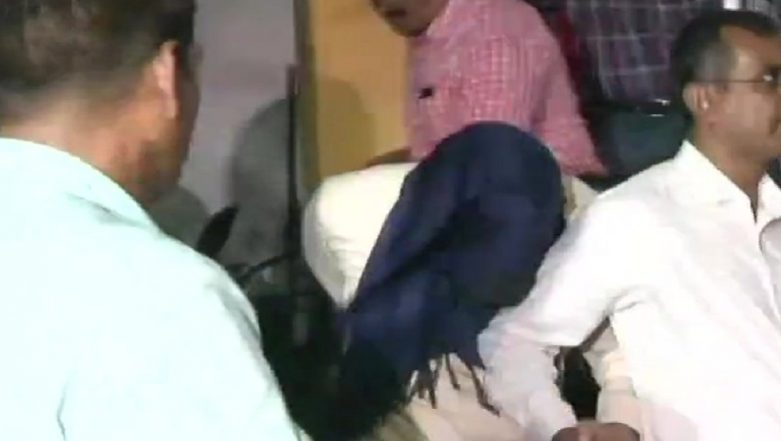 Nagpur, October 9: The Nagpur Sessions Court has granted three days transit remand of Brahmos engineer Nishant Agarwal to Uttar Pradesh Anti-Terrorism Squad (ATS). He was arrested yesterday on charges of spying by a joint team of UP and Maharashtra ATS. Agarwal hails from Uttrakhand and was working in Defence Research and Development Organisation (DRDO) facility which makes fuel for the BrahMos Missile as a systems engineer for the past four years.

Police were tracking him for months after the UP ATS intensified its crackdown on ISI agents since last year. He leaked critical technical information to Pakistan's Inter-Services Intelligence (ISI). According to reports, he was also involved in passing information to other spying agencies. He was also the winner of Young Scientist award 2017-18. Agarwal has been booked under the Official Secrets Act. Reports also surfaced in the media that the ISI handler of the Border Security Force (BSF) jawan which was arrested on September 19, by the UP ATS from Noida, was also in touch with Agarwal.

In September also, the UP ATS arrested an alleged terrorist of Hizbul Mujahideen from Kanpur. The accused had plans to carry out terror activities on the occasion of Ganesh Chaturthi. Similarly, in May The Indian Army Intelligence and the UP ATS arrested an ISI agent from Didihat area of Uttarakhand’s Pithoragarh. The arrested agent was identified as Ramesh Kanyal.

BrahMos Aerospace is a joint venture between the DRDO and the NPOM of Russia. BrahMos is the world's fastest supersonic missile and can cruise at speeds of up to Mach 3.0, or three times the speed of sound.