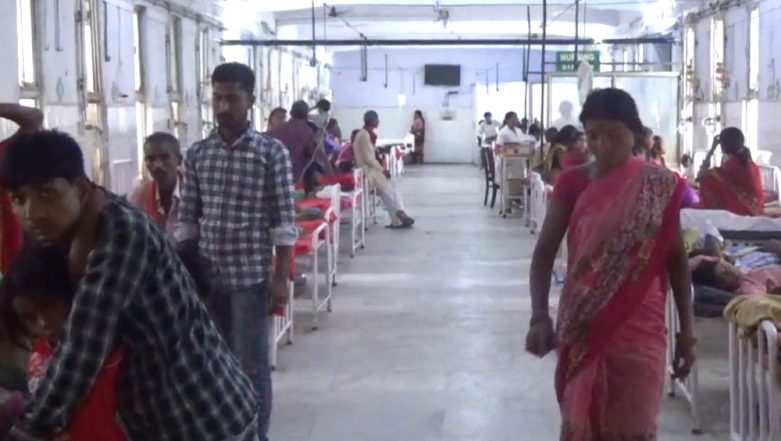 Patna, June 16: The death toll due to Acute Encephalitis Syndrome (AES) in Muzaffarpur increased to 93 on Sunday. According to a tweet by ANI, Sunil Kumar Shahi, Superintendent at Sri Krishna Medical College and Hospital (SKMCH) informed that 80 people have lost their lives so far due to AES in Muzaffarpur. The increasing death toll has created panic in the state. Apart from the ones who have lost their lives, dozens of kids are still being treated in several hospitals across the state. The state and Central governments are scrambling to curb the spread of the disease. Can Lychees Be Poisonous? Litchis Linked to Encephalitis Deaths in Muzaffarpur – How to Eat This Fruit Safely.

In the wake of the sudden outbreak of AES, the Health Department has also issued an advisory urging parents to prevent their children from playing under the sun when temperature is hovering between 42 to 43 degree Celsius. In 2018, a total of 40 AES cases were reported. On Wednesday, a five member team of the central government visited Muzaffarpur to investigate the cause of the deaths of children.

Till June 13, nearly 143 cases of AES were reported from 11 districts - Muzaffarpur, Vaishali, Samastipur, Sheohar, Sitamarhi, East Champaran, Patna, Gaya, Jehanabad, Bhojpur and Aurangabad. According to reports, owever, unofficial deaths of children from the disease are said to be over 80 as some children died in their villages before being admitted to hospital. The state health department has cited Hypoglycemia, caused by a very low level of blood sugar, resulting from the high heat as the main reason for deaths.