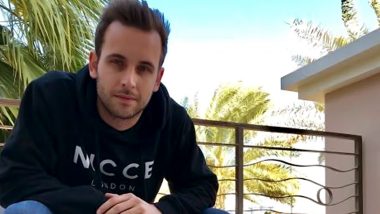 The world is seeing a new spark because of young entrepreneurs. In the age of internet and technology, our new-age entrepreneurs are creating lots of opportunities for people around the globe. Entrepreneurs now feel more comfortable to sell their ideas and hit the road to success.

People like Markus Martl knows how to invest money in the fast-growing world. Markus Martl, a renowned personality from Austria, is growing at lightning speed because of his varied skills. He is known as an emerging talent of Austria, Hungary Budapest. He is able to help others, too, with his investment skills.

Being an affiliate in the past, he knows how to market things and from where you generate more sells. Today world is seeing a slowdown due to several issues happening around the globe. Still, Markus Martl business is not getting affected in fact; he is growing at a reasonable speed even in a worldwide downturn.

Markus Martl is showing excellent skills, and he is able to explain to other business people how to do it right in their business and also helping them invest right. It is like he has thousands of ideas in his head which is just coming out one by one out of his mind for his business and others too. He is a dreamer who believes in making things real.

Markus Martl never gives any excuses he thinks every failure is a stepping stone to success just keep on trying until you succeed and work even harder when you start receiving things which you dreamed. Markus Martl also feels there is nothing like early or late in business the person who wakes up with an idea and goes with it will get success sooner in life remaining will just follow her/him.

Here's wishing young budding entrepreneur an investor all the best for his future venture we hope that he comes up with more useful ideas in coming years which can help him and others grow as a businessman.