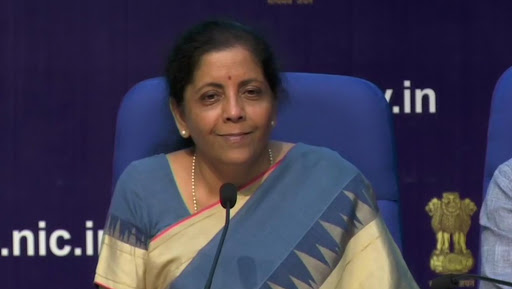 New Delhi, August 23: Finance Minister Nirmala Sitharaman on Friday announced several reforms to boost the economy of the country amid a slowdown in markets. The Finance Ministry allotted Rs 70,000 crore for recapitalising public sector banks (PSBs) on immediate basis. Additional lending and liquidity to the tune of Rs five lakh crore can be made available by providing this capital for the PSBs. Nirmala Sitharaman Announces Measures to Boost Indian Economy Amid Slowdown.

Among the other important announcements, the Finance Minister said that the Corporate Social Responsibility (CSR) violations would not be treated as a criminal offence. She further added that all pending GST refunds will now be released within 30 days in addition to paying future refunds within 60 days. CSR Violations Not to be a Criminal Offence, Announces Finance Minister Nirmala Sitharaman.

The Centre has also withdrawn enhance surcharge on FPIs. Meanwhile, Angel tax on start-ups has been scrapped. Home loans and auto loans will now be provided to customers at a cheaper rate. Banks will launch Repo Rate linked loans. Sitharaman said that all Non-Banking Financial Companies (NBFC) can now use Aadhaar-based KYC. The government will also be amending loans to ensure one MSME definition.