Ola Driver in Bengaluru Takes Woman Passenger to Secluded Begur Road, Tells Her to Get Down at 3:30 am After She Presses Emergency Button 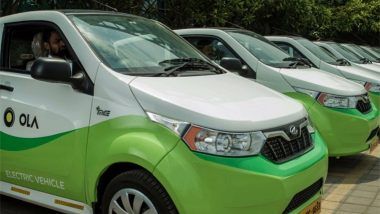 Bengaluru October 3: In a shocking incident, a woman who was on her way back from Kempegowda International Airport (KIA) was dropped by her Ola driver in a poorly lit area, inspite of she insisting him to take the Ballari Road. She was on her way to Indiranagar and had just landed KIA after a trip to Colombo.

The woman panicked and she pressed the emergency button, that is when the driver asked her to get down from the car in the middle of a deserted place which was dimly lit. She was aghast because of the recent memories of a Kolkata model who was murdered on that route. She then called a friend who also arrived in the city on the same flight and he picked her up from the spot.

What was more shocking for the woman was the attitude of the cab aggregator. When she pressed the emergency button, she received a support call, but the caller placed the call on hold it got disconnected in the while. After some time, she got an email from Ola stating that her problem has been resolved and the ticket is being closed. Only after she tweeted and tagged the founder of the company, a supervisor called her. On Monday evening, she filed a complaint with the KIA police about the incident.

(The above story first appeared on LatestLY on Oct 03, 2019 11:51 AM IST. For more news and updates on politics, world, sports, entertainment and lifestyle, log on to our website latestly.com).