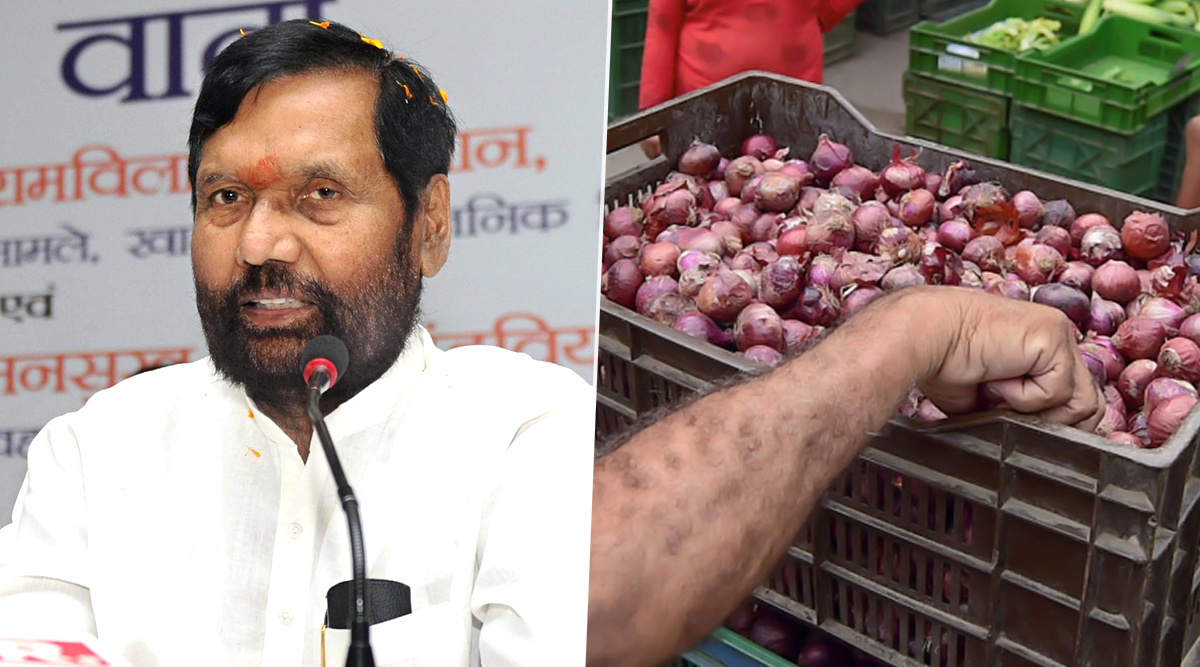 The case was filed by a person named M Raju Nayyar, who claims to be a social worker, in the court of Chief Judicial Magistrate Surya Kant Tiwary who posted the matter for hearing on December 12. Chidambaram Jabs Nirmala Sitharaman For 'I Don't Eat Onions' Remark, Asks Whether She Consumes Avocado.

Nayyar, a resident of Muzaffarpur town, in his complaint said that Paswan has failed to check onion prices despite being the union minister for consumer affairs, food and public distribution.

Onions have continued to keep citizens teary-eyed as the prices in Bidhan market in West Bengal’s Siliguri have soared to Rs 110 per kilogram due to the acute shortage of the commodity in the markets, as claimed by the sellers. The metros namely Mumbai, Chennai, Delhi and Kolkata have been worst hit due to the price rise. At some places and markets, onions have touched close to Rs 150/kg.

The petitioner said that Paswan has misled people through his statement that price of the vegetable has gone up due to its black marketing. The case was filed under Sections 420 (cheating and dishonestly inducing delivery of property), 506 (punishment for criminal intimidation) and 379 (punishment for theft) of the Indian Penal Code. (With PTI Inputs)