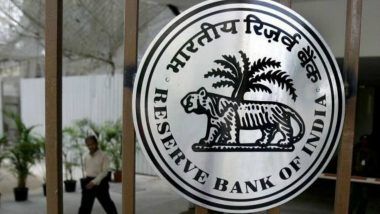 New Delhi, September 20: Public sector banks (PSBs) reported frauds worth over Rs 19,964 crore in total 2,867 cases during the April-June quarter of the ongoing fiscal year, according to a reply to an RTI query. The country's largest lender State Bank of India (SBI) saw the highest number of fraud cases; however, Bank of India was the worst hit in terms of value, as per a reply from the Reserve Bank on frauds reported by these lenders to RTI activist Chandra Shekhar Gaur.

As compared to these, the second largest public sector lender Punjab National Bank (PNB) reported much less amount of fraud at Rs 270.65 crore, even as the number of cases stood at 240. Among others, UCO Bank had Rs 831.35 crore as fraud reporting in 130 cases, Central Bank of India Rs 655.84 crore in 149 cases, Punjab and Sind Bank Rs 163.3 crore in 18 cases and Union Bank of India reported the lowest amount of fraud at Rs 46.52 crore in 49 cases.

The data may change subject to rectification/updation made subsequent to first reporting by banks (in respect of individuals frauds), the RBI said in the reply.