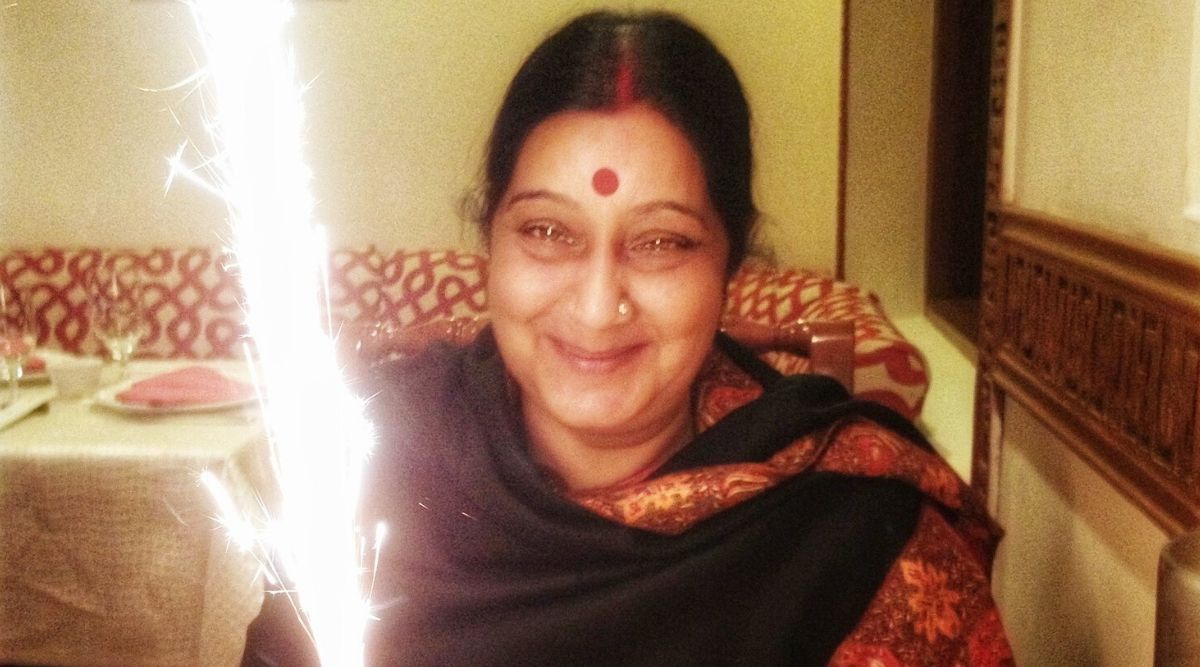 New Delhi, February 14:  On the occasion of Sushma Swaraj's birth anniversary, politicians and her husband Swaraj Kaushal took to Twitter to remember the occasion. Her husband uploaded a picture of his wife, with a knife in hand and a cake in front of her. PM Narendra Modi, Amit Shah and other leaders remembered the great leader on her birth anniversary.

The government on the eve of Former External Affairs Minister's birthday decided to name two key institutions linked to India’s foreign policy after Sushma Swaraj. In a statement, the external affairs ministry said the renaming of the Pravasi Bhartiya Kendra as Sushma Swaraj Bhawan and Foreign Service Institute as Sushma Swaraj Institute of Foreign Service was intended to commemorate her invaluable contribution to Indian diplomacy, the cause of the Indian diaspora and the ethos of public service. Sushma Swaraj 68th Birth Anniversary: From Pakistan Link to Academic Milestones, Know Interesting Facts About 'People's Minister'.

She epitomised dignity, decency and unwavering commitment to public service. Firmly rooted in Indian values and ethos, she had great dreams for our nation. She was an exceptional colleague and an outstanding Minister. pic.twitter.com/IeEJlNRAQB

Tributes to an exceptional leader Sushma Swaraj ji on her jayanti.

A disciplined karyakarta, a fierce orator and an outstanding parliamentarian who never compromised on her ideals.

She will always be remembered for her kind nature & helping the distressed in their trying times.

Happy birthday ! @SushmaSwaraj - the joy of our lives.

Sushma Swaraj was honoured posthumously with Padma Vibhushan in this year’s Republic Day awards. She had died of cardiac arrest in August last year. Swaraj played a crucial role in changing the face of the Ministry by extending her help to several Indians during distress.

Recently, the Sushma Swaraj shared an adorable conversation involving the couple, that made Twitter users go nostalgic and appreciate the bond shared by the couple. Swaraj Kaushal also received several requests from social media platform users to write a book recounting the various episodes from the couple's life.