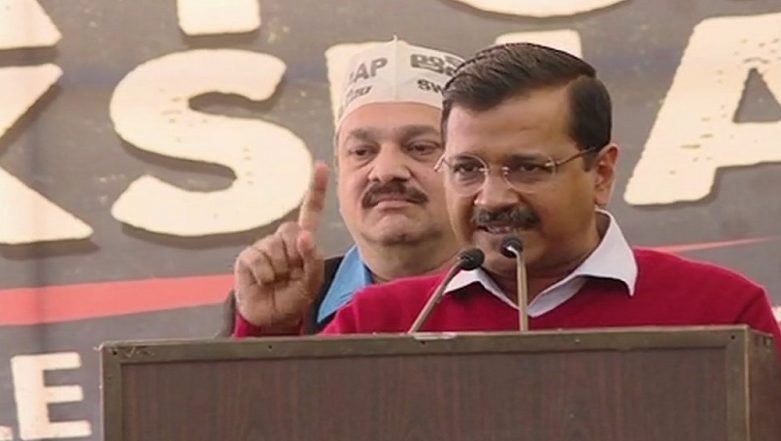 New Delhi, February 11: Delhi Chief Minister Arvind Kejriwal on Monday termed Prime Minister Narendra Modi, a Pakistan’s PM and sparked a row at Chandrababu Naidu's sit-in protest in Delhi. Kejriwal taking a jibe at PM Modi, said that the way the Prime Minister is treating the Non –Bharatiya Janata Party (BJP) governments, it seemed that he is the PM of Pakistan. He further added Modi is the PM of the entire country and not just of a particular party.

Derek O'Brien, TMC at 'Dharma Porata Deeksha': Chandrababu Naidu ji, I would like to congratulate TDP. We started this fight 4 years back but there is a very important date - July 20, 2018 - when TDP brought in 'No Confidence Motion' in Lok Sabha. This scared Modi. pic.twitter.com/UMG9NLlOvr

Speaking at the protest, Gandhi attacked the Prime Minister over the issue of Special Category Status (SCS) to Andhra Pradesh. He said, “I stand with the people of Andhra Pradesh. What kind of a Prime Minister is he?” Meanwhile, West Bengal CM Mamata Banerjee will leave for Delhi tomorrow to meet the Andhra Pradesh CM. National Conference’s president Farooq Abdullah and NCP leader Majeed Memon also extended support to Naidu.