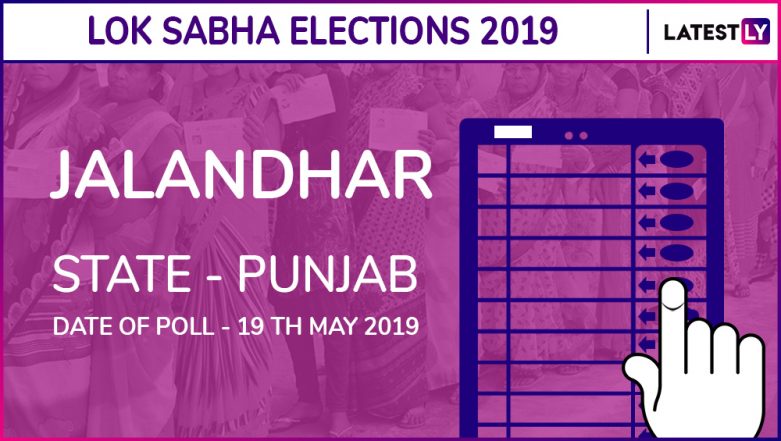 The results of the Jalandhar Lok Sabha election were declared today, May 23. Congress candidate Santokh Singh Chaudhary defeated Shiromani Akali Dal's (SAD) Charanjit Singh Atwal with a huge margin. Voting for the Jalandhar seat took place in the seventh and final phase of Lok Sabha Elections 2019. Jalandhar is one of the key Lok Sabha constituencies of Punjab. Jalandhar is part of the Doaba region of Punjab. The seat is reserved for the Scheduled Caste category. The constituency number of this seat is 4. The constituency comprises nine assembly seats comprising of Jalandhar Cantt, Jalandhar City, Kartarpur and Nakodar. Lok Sabha Elections 2019 Schedule: Voting In 7 Phases From April 11 to May 19, Counting And Results On May 23; Check All Dates For General Elections.

There was a tough competition between the Congress and Shiromani Akali Dal (SAD) in these elections. The Congress fielded Santokh Singh Chaudhary, while the SAD gave the ticket to Charan Singh Atwal from Jalandhar. The last date of filing nomination for the seat was April 22. The scrutiny of nominations papers took place on April 30. Meanwhile, the last date of withdrawal of candidature was May 2. Lok Sabha Elections 2019 Phase VII: List of States And Constituencies Voting on May 19.

Congress has the stronghold in the region. In the last 16 Lok Sabha elections, the grand old party had won 12 times. From last four times consecutively, the Congress had been able to win this seat. Santokh Singh Chaudhary won the 2014 general elections.