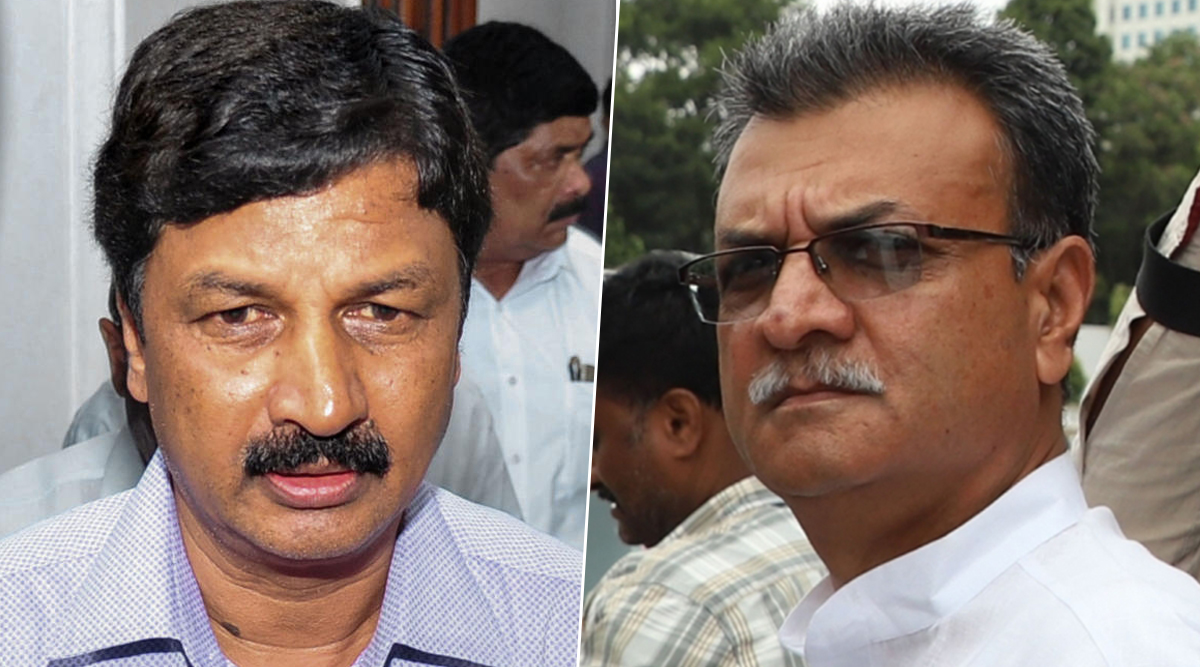 Bengaluru, February 22: In a clear indication that all is not well withing Bharatiya Janata Party's Karnataka unit, state minister Ramesh Jarkiholi on Saturday threatened to resign if his party colleague and legislator, Mahesh Kumatahalli is not given his due. Apparently, Ramesh Jarkiholi was seeking a cabinet berth for Mahesh Kumatahalli who won a by-election from Athani last December. Minister Should Be Made From Hyderabad-Karnataka Region: BJP's Raju Gowda.

"The BJP formed the government because of Mahesh Kumatahalli. He would get a proper post. There won't be any injustice. If he says I have done injustice to him, I will resign as minister and MLA," Jarkiholi, who is an MLA from Belagavi, said. Following the by-elections, Chief Minister BS Yediyurappa expanded his cabinet and inducted 10 legislators as ministers. Of 10, eight legislators are Congress turncoats and two had defected the Janata Dal (Secular).

The BJP had initially planned to induct 13 MLAs in the second cabinet expansion. However, the induction of three more MLAs had to be deferred amid fears of revolt by dissidents, lobbying for cabinet berths in the 34-member ministry. Asked about Kumatahalli's exclusion, the BJP leadership had said that there was already enough representation in the cabinet from his region (North Karnataka) and community (Lingayat). Newly Inducted Ministers in Karnataka Cabinet Allocated Portfolios.

Kumatahalli, however, said that he was no longer upset. "No injustice has happened to me. The irrigation facility in our area has improved and we are quite content," he added. The 10 legislators inducted into the cabinet were among the 14 Congress and 3 JD(S) rebels whose resignations from the assembly led to the fall of the 14-month-old JD-S-Congress coalition government on July 23.

This had led to the return of the BJP to power again in the southern state on July 26. In the 225-member House, including one nominated and two vacant, with by-elections in their assembly segments pending a high court verdict on their May 2018 assembly poll results, the ruling BJP has 117, the opposition Congress 68 and JD-S 34.