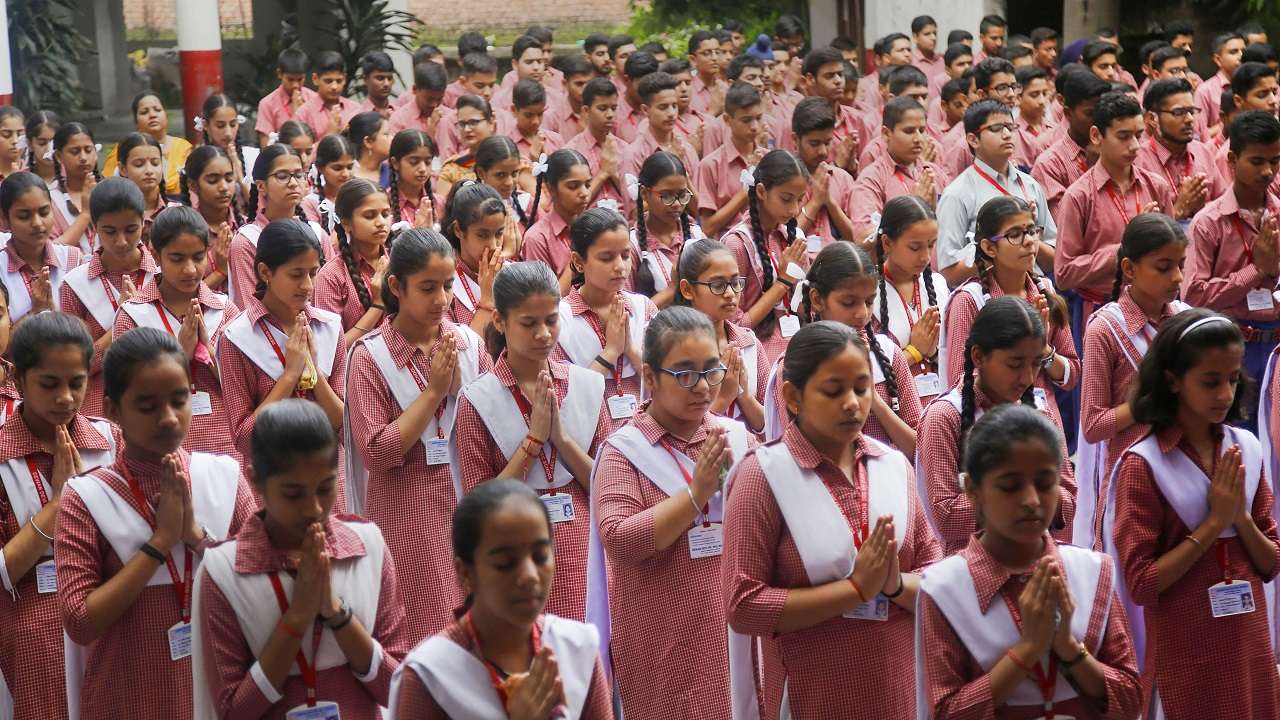 Mumbai: Starting January 26, students in schools across Maharashtra will have to compulsorily read out the preamble to the Constitution during their morning assemblies, state minister Varsha Gaikwad said on Tuesday. Reading of the preamble is the part of the "sovereignty of constitution, welfare of all" campaign, a state government circular said.

"Students will recite the preamble to the Constitution so that they know its importance. It is an old GR. But we will implement it from January 26," the school education minister, who is a Congress MLA, told reporters here. Students will read out the preamble every day after morning prayers, the minister said. Karnataka School Kids 'Unhappy' With Mid-Day Meal As Akshaya Patra Foundation Serves Food With No Onion and Garlic.

A government resolution (GR) about reading the preamble during school assemblies was issued in February 2013 when the Congress-NCP government was in power. As per the circular dated January 21, 2020, the old GR was not being implemented.

The move to make students read out the preamble to Constitution comes at a time when largescale protests are being held against the Citizenship Amendment Act (CAA) and the likely National Register of Citizens (NRC). The Congress is one of the constituents in the Shiv Sena-led Maharashtra Vikas Aghadi government along with the NCP. Many Congress leaders have said that the "unconstitutional" CAA will not be allowed in Maharashtra.