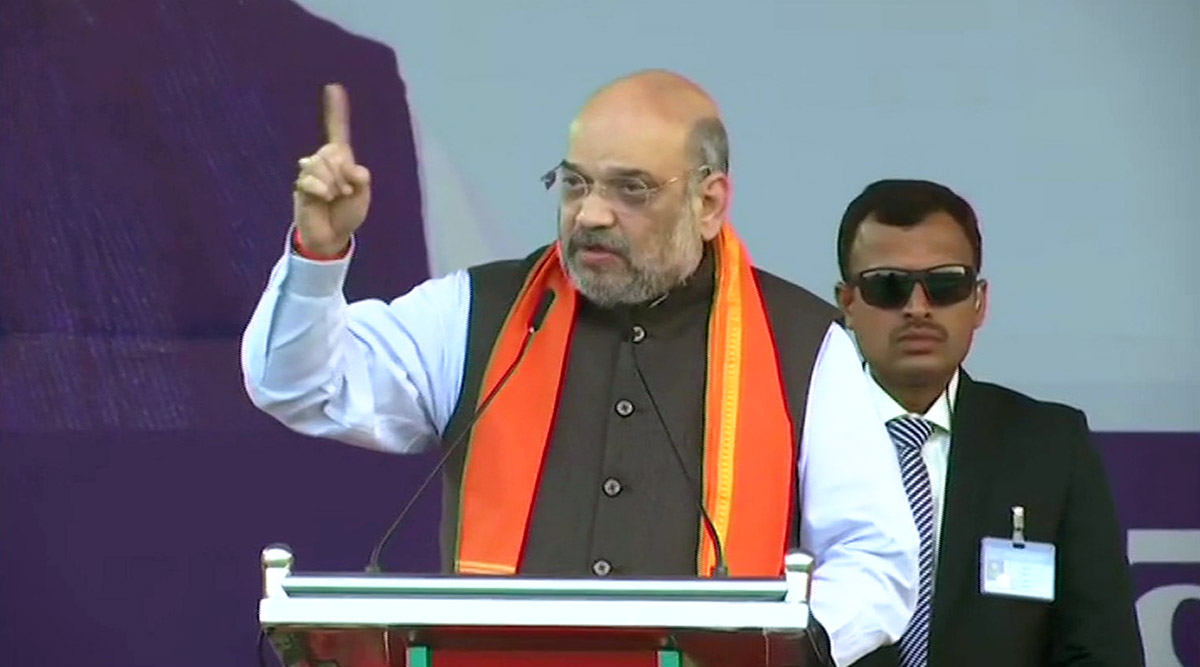 New Delhi, February 13: Bharatiya Janata Party on Thursday quoted Union Home Minister Amit Shah as saying that nation-wide National Register of Citizens will happen, but later deleted the tweet from their social media handle. Following this, the netizens questioned the BJP on why was the tweet deleted by the party? Though the quote is available in the Time Now microblogging site, where Shah reiterated again that no decision has been taken on the nationwide NRC.

Speaking at the Times Now Summit 2020, Shah while answering a question on NRC said, "No decision has been made on the NRC. It is in our party's manifesto and it will happen." Adding on, the Union HM said, "We (Narendra Modi government) cannot compromise on national security." The HM was also of the opinion that Muslims cannot be counted as minorities in Muslim countries. Assam NRC Data Safe, Clarifies MHA as List Goes Offline From nrcassam.nic.in website; Govt Says 'Issue Will be Resolved Soon'

#TimesNowSummit | No decision has been made on the NRC. It is in our party's manifesto and it will happen: Union Home Minister @AmitShah tells Navika Kumar on 'Vision of New India' at TIMES NOW SUMMIT 2020. pic.twitter.com/Mf0WKAf1bB

Apart from the issue of NRC, Shah also pointed fingers towards the anti-Citizenship Amendment Act protesters. He said, "CAA is neither anti-Muslim nor anti-minority", while maintaining, "Everyone has a right to peaceful protest but violence is not justified."

Claiming the anti-CAA, anti-NRC and anti-NPR protests at Shaheen Bagh as undemocratic, Shah said, "Extremist statements are dangerous. Shaheen Bagh protest is not a democratic one." Adding more, he also said, "Shaheen Bagh protesters have the right to express themselves, then even we have the same right." Assam NRC List Data Goes Offline From Official Website 'nrcassam.nic.in', Congress Terms It ‘Malafide Act’.

Among other things, the Home Minister tried to clarify that National Population Register does not require any document and it would be based on the census. Shah stated that CAA doesn't have any anti-minority provision and invited the protesters for a debate on NRC, CAA and NPR.

It is to be known the BJP-led Union Government managed to pass the controversial Citizenship Amendment Act in the parliament in December 11, 2019. Following this, nation-wide protests against the CAA began. Also, students, activists and politicians have raised questions on BJP's intentions.