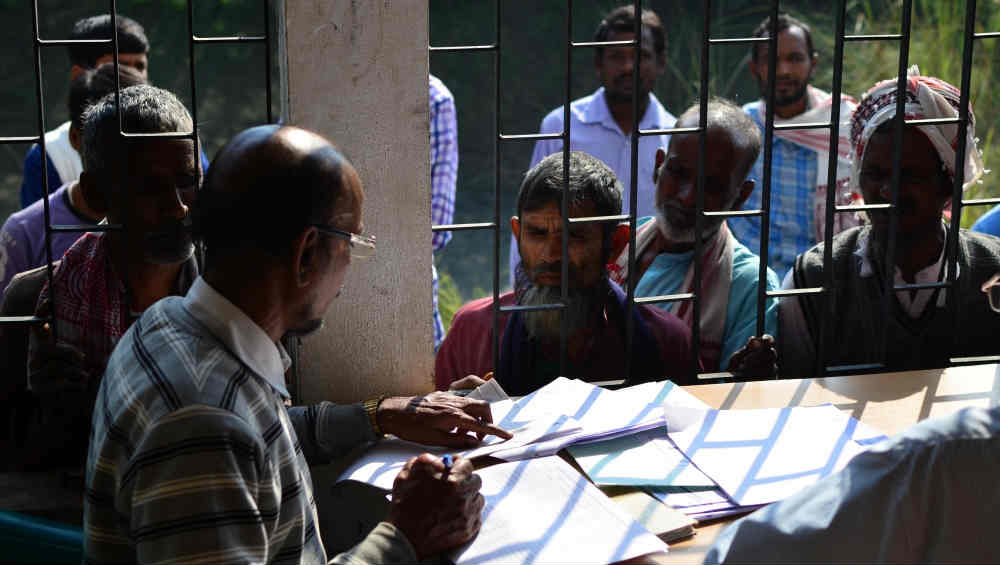 New Delhi, February 12: Following all the data of the final list of National Register of Citizens (NRC) going offline from the official website, the Ministry of Home Affairs (MHA) clarified on Wednesday that the data is safe. According to an ANI update, the Ministry said, "There is some technical issue in visibility on Cloud. It is being resolved soon." The government issued a clarification after the data was not available in the last couple of days, and it created huge panic, mostly among people who were excluded from the list as rejection certificates were yet to be issued.

According to a PTI report, the data of the final list of NRC was made offline from its official website due to non-renewal of a contract with the IT firm Wipro, thus prompting the Opposition Congress to doubt it as a "malafide act". The complete detail of exclusion and inclusion of bonafide Indian citizens in the NRC was uploaded on its official website 'www.nrcassam.nic.in' after the final list was published on August 31, 2019. Assam NRC List Data Goes Offline From Official Website 'nrcassam.nic.in', Congress Terms It ‘Malafide Act’.

NRC State Coordinator Hitesh Dev Sarma accepted that the data have been made offline, but refuted the allegation of any "malafide" intent in it. Speaking to PTI, he said, "The cloud service for the huge set of data was provided by Wipro and their contract was till October 19 last year. However, this was not renewed by the earlier Coordinator. So, the data got offline from December 15 after it was suspended by Wipro. I assumed charge on December 24."