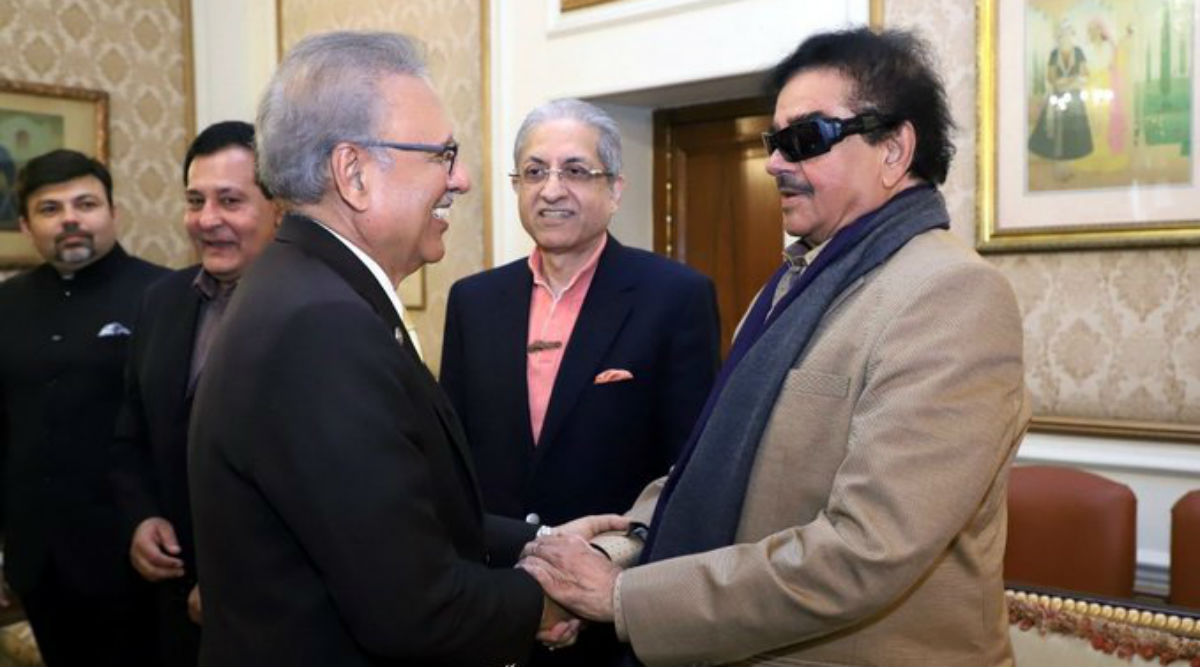 Lahore, February 22: Bollywood veteran and Congress leader Shatrughan Sinha on Saturday met Pakistan President Arif Alvi in Lahore. "Indian politician Shatrughan Sinha met President Arif Alvi in Lahore today. They discussed the importance of building peace bridges across the border," the President of Pakistan said in a tweet. According to the tweet, Sinha "endorsed" concerns expressed by Pakistan President, about the restrictions in Kashmir.

Sinha's meeting with Arif Alvi came after the former member of Indian parliament was spotted at a wedding in Lahore. Sinha's visit to Pakistan did not go well with many social media users who slammed the Congress leader. Sinha's visit to Pakistan came to light when a local photographer in Lahore uploaded pictures and videos of him attending the wedding on Instagram. The videos and snapshots of the wedding show Sinha attending a qawwali night.

Sinha, a former member of the Bharatiya Janata Party (BJP), is seen with Pakistani actress Reema Khan in one video, looking dapper in a black suit and trademark scarf around his neck, also in black.

Indian politician Shatrughan Sinha met President Dr. Arif Alvi in Lahore today. They discussed the importance of building peace bridges across the border. Mr. @ShatruganSinha endorsed concern of the President about the lockdown of occupied Kashmir for more than 200 days. pic.twitter.com/3eiYsqRu4m

Reacting to pictures and videos, a user wrote: "Indian soldiers are dying on the borders safeguarding the nation and our B-Town celebs are proving their friendship with Pakistanis." Another user tried making light of the incident: "What is Shatrughan Sinha doing in Lahore? We'd ask him but he'd just say 'Khamosh!" Reacting to his meeting with Pakistan's President, a Twitter user tweeted: "Wow! Such affection! No wonder we never made any justice to 26/11 Mumbai attacks!"