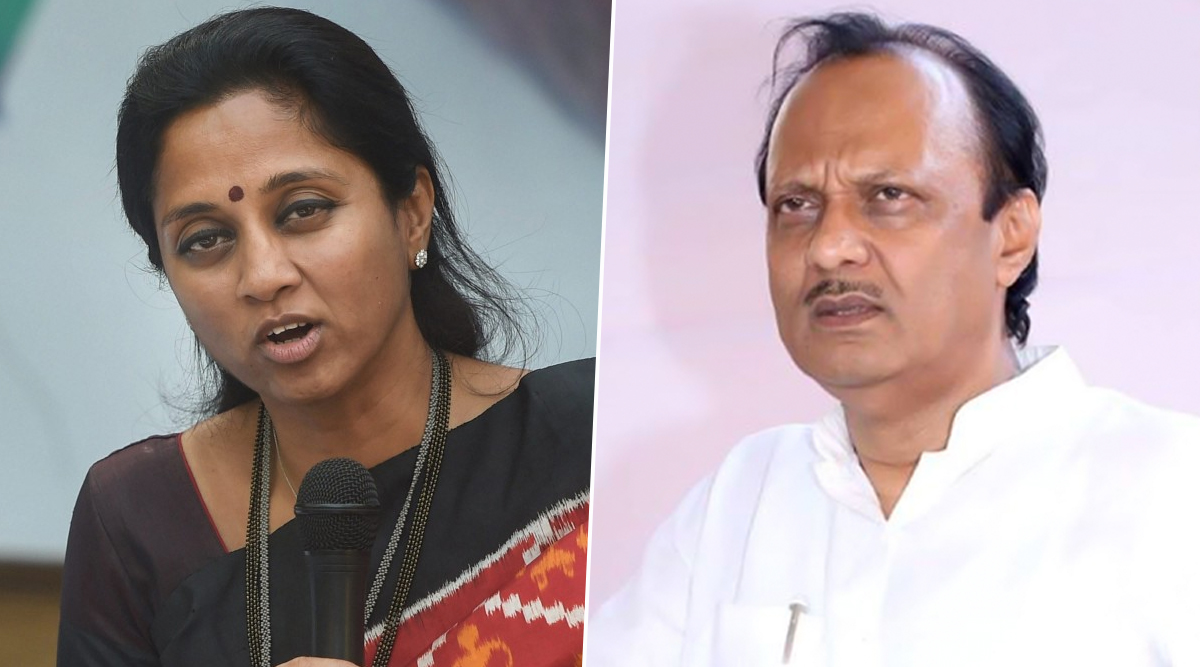 Mumbai, November 23: NCP leader and daughter of Sharad Pawar, Supriya Sule, updated her WhatsApp status, making it clear that there is a split in the family and the party, after senior NCP leader Ajit Pawar took everybody by surprise when he took oath as the deputy chief minister with BJP leader Devendra Fadnavis as the chief minister of Maharashtra. However, hours after the sensational development, Supriya Sule put up a message as her WhatsApp status which read, "Party and Family Split." Sharad Pawar Does Not Endorse Ajit Pawar's Move of Supporting BJP in Maharashtra, Says NCP Has Nothing to Do With It.

Earlier, NCP chief Sharad Pawar also refuted the reports that he was aware about nephew and NCP leader Ajit Pawar's decision to support BJP and has "placed on record" that neither he nor the party endorses Ajit Pawar's decision to go along with the BJP. Earlier on Saturday morning, BJP leader Devendra Fadnavis took oath as the chief minister of Maharashtra and Ajit Pawar as the deputy chief minister in a surprising turn of events. Ajit Pawar Betrayed Sharad Pawar, BJP Misused Governor's Office: Shiv Sena MP Sanjay Raut.

Another WhatsApp Status by Supriya Sule

The state has been under President's rule for over a week after the fallout between Shiv Sena and BJP over the chief minister's post. The Shiv Sena then entered into talks with the Congress and the NCP and last night, on Friday, Sharad Pawar was quoted saying by the media that Uddhav Thackeray would be the chief minister and the formal announcement would be made on Saturday.