Aspirational Image on Social Media and Seeking Validation Is Leading to Major Mental Health Issues; Ways To Pull Yourself Out of This Vicious Cycle

Social media is a great tool if used wisely and with discretion. It has helped save lives, connect lost family members, and pass on knowledge and information. It has also caused harm in having gained the ability to control people’s minds. 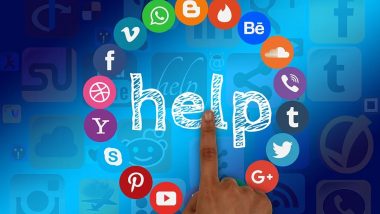 That social media is a boon to help us get connected to friends and family, to garner work opportunities and learn new things is a given. There is also a flip side to it, which is now coming to the forefront. It was recently revealed that facebook’s internal research found that their apps (namely Instagram) were seriously detrimental to the mental health of teens.

Recently, social media vlogger Byron Denton began posting pictures of his luxurious lifestyle- of him in private jets, shopping at high-end designer stores and partying with the rich and famous. There was just one catch- this uber-rich lifestyle was not Byron’s reality, it was just his Photoshop skill. He says that he did so as a social experiment to see how people react. Not only did his followers believe the pictures to be portraying his real lifestyle, but even those close to him also began to wonder how he had suddenly gotten so wealthy, and all it took was – good editing software.

Social media often has people editing their pictures and videos to paint an aspirational picture, which may or may not be true. The practice of creating an edited, enhanced image on platforms is so widespread, that it is difficult to escape being affected by it. The pressure then creates an effect on most users, to try and match the lifestyles that they see, and this has been seen to cause significant mental health problems. Multiple studies have found a strong link between heavy social media usage and increased mental health issues such as depression, feelings of inadequacy and even suicide. Depression Can Be Caused Due to Negative Social Media Experiences, Says Study.

In 2018, an 18-year-old in Punjab live-streamed her suicide on Instagram. She had been jilted by her lover, and her live streaming of the act was her last bid to get validation for her actions. This is not a lone case.

Getting social validation is a human need since time immemorial, and it has now manifested in the form of social media likes, comments and re-shares. It provides instant gratification, wherein a post receives feedback in minutes or hours- leading the user to believe that the social circle approves of their life. These may be people who haven’t interacted much, or at all, in real life; but have become an integral part of the social media circle whose endorsement is now considered essential.

The problem is when this virtual world does not spill over into real life. Most users feel that while they may be extremely popular online, they are lonely when it comes to seeking support for issues that they face offline. More than 85% percent of all people are addicted to social media, and check their updates many times a day. It is often difficult to tell if being on these platforms is affecting one’s mental health. It’s like a silent addiction, that often gets noticed only when it has caused significant damage.

Excessive social media use can create a harmful cycle, one that many people seem to be caught in:

Feeling lonely or depressed causes one to use social media as a means to connect with others. As the usage increases, so do the feelings of self-loathing, comparison, and loneliness. This causes low mood, depression, and anxiety; which had triggered the excessive use of social media in the first place. Hence, a vicious circle is created, and it is difficult to break out of.

So how can one tell if social media is damaging their self-worth and affecting their real life? A compilation of various psychiatric studies goes on to reveal some common indicators of the virtual world getting too real-

While most people go through these emotions occasionally, as is natural, the problem arises when they take over one’s lives and affect day to day functioning and personal relationships. 16-year-old Florida girl Jessica Laney had killed herself because her friends/ acquaintances posted nasty remarks anonymously on her social media. The remarks said that no one cared about her, and that she would be better dead. They affected her to the point of her taking her life.

Even with the threat of toxicity, social media is omnipresent and is an addiction as well as a necessity for many. It would be nearly impossible to not be engaged with it. There are measures, though, that can ensure that one is not unduly affected by it. Psychiatrists and sociologists have devoted various studies to underline the best tools available to us to moderate the ill effects of social media.

Social media is a great tool if used wisely and with discretion. It has helped save lives, connect lost family members, and pass on knowledge and information. It has also caused harm in having gained the ability to control people’s minds.  To have an understanding that it does not substitute real life goes a long way in protecting one’s mental health and self-image when browsing.

(The opinions expressed in the above article are that of the author and do not reflect the stand or position of LatestLY.)

(The above story first appeared on LatestLY on Apr 19, 2022 03:06 PM IST. For more news and updates on politics, world, sports, entertainment and lifestyle, log on to our website latestly.com).