Becoming a Successful Entrepreneur: How Michelle Marcelline Went From Working For an Insurance Company to Founding Her Own Company

This story is curated by Annie Clain who is into marketing research. Immigrant founders have founded over 55 percent of America’s multi-billion-dollar startups. Beyond household names like Elon musk and Sundar Pichai, there are many more who have contributed to the US economy. 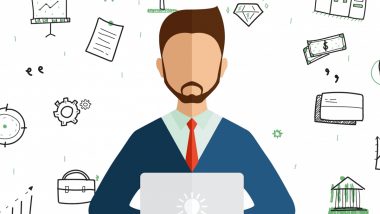 This story is curated by Annie Clain who is into marketing research. Immigrant founders have founded over 55 percent of America’s multi-billion-dollar startups. Beyond household names like Elon musk and Sundar Pichai, there are many more who have contributed to the US economy. A study done in 2018 by the National Foundation for American Policy found that 55%, or 50 of 91, of the country’s $1 billion startup companies had at least one immigrant founder.

It was with a similar dream that Michelle Marcelline, a founder of Cotter, a passwordless solution, left for her home country Indonesia. Michelle first entered the United States as a student and soon after graduation, she applied and got accepted to Y combinator. According to her, this was the best decision she made. Thanks to Y Combinator, a 23-year-old nobody from Indonesia raised capital and built a technology company in Silicon Valley.

The journey of trials

With her extensive knowledge in finance, risk analysis, mathematics, and business development Michelle started her first entrepreneurial venture, buying crypto in America and selling it in South East Asia. To do this, she built a bot that could exploit cryptocurrency arbitrage opportunities. Back in those days, there was a 20-30% difference between Bitcoin prices in the US and Southeast Asia, so the bot automatically bought Bitcoins at a lower price and sold it at a higher price. She also made an app that allowed non-US citizens to invest in the American stock market.

Successfully predicting crypto trends and stock markets requires extensive risk analysis. However, she realized it was something she was good at. Thanks to her parents, who were active traders. It was something she was good at and realized she was good at it. This led her to major in Financial Mathematics. Soon after completing her studies, Michelle joined an insurance startup—Huckleberry—to practice what she had learned at school and learn the ropes of developing and managing a successful startup.

“Since it was a small team, I also had the chance to develop a deep and meaningful relationship with my coworkers as well as learn firsthand how the different departments functioned and how complex and important each person in the team was.”

Michelle revamped the company’s operations and Finance department from the ground up. Which led to her promotion just after three months of joining the company.

Being employed in such a demanding position did not stop Michelle from trying out different business ideas, after two years of testing different products and services, she and her team of founders finally hit the jackpot with Cotter.

The story behind Cotter

Passwords has become a part of our daily lives, whether we like them or not. However, in Southeast Asia, passwords were rarely used to operate mobile and web apps. Instead, to authenticate users, they mostly use One-time Passwords (OTPs) sent via SMS. This is a standard procedure because the internet was adopted rather late in the region. And people used their phone number instead of email as identification and OTPs instead of a password for authentication.

The founders of Cotter wanted to develop something more reliable, efficient, and affordable. Someone can easily hack passwords and OTPs. And sending a password through SMS is extremely expensive for businesses.

“OTPs are expensive to send because every time a user wants to log in or authenticate, the company behind the web/mobile app has to pay for the SMS fee. Imagine that, multiplied by tens of millions of users,” says Michelle.

Michelle and her team found Cotter to solve the problems related to passwords. They developed the tool using state-of-the-art technology that allows users to authenticate and access their accounts by using their email or phone number only.

However, since developing such a system would mean that the company would be held responsible for any security breach, the team had to ensure that their platform functioned well 99.99 percent of the time and the website or system did not collapse due to high traffic. “We had to scale properly and optimize our code and database so that we could handle the traffic generated by our users. We had to ensure that we had our customer support team ready 24/7 to support them in case of problems in the system."

In just one year, Cotter has gained a lot of popularity with users thanks to its one-tap login that allows for a frictionless authentication experience.