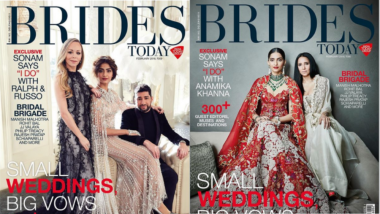 The epitome of grace and elegance, Bollywood’s style icon, Sonam Kapoor looked absolutely ravishing on the February cover of Brides Today magazine. Her fashion game has always got the shutterbugs clicking and has given major fashion goals to people even outside the industry. This time she is on the news for her bridal photo shoot displaying both traditional and western bridal outfits. Sonam Kapoor was the ideal muse for designers, Ralph & Russo and Anamika Khanna. Coinciding with the rumours of her tying the knot with her alleged beau, Anand Ahuja, her bridal shoot will give you some serious wedding goals.

To cure your mid-week blues, we bring to you some of the breath-taking and captivating looks from her latest photo shoot. 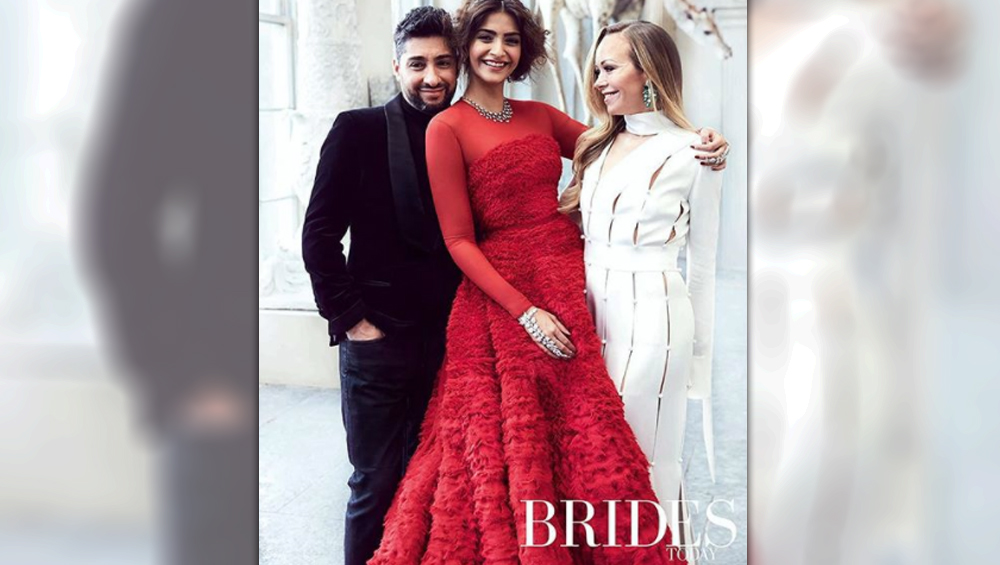 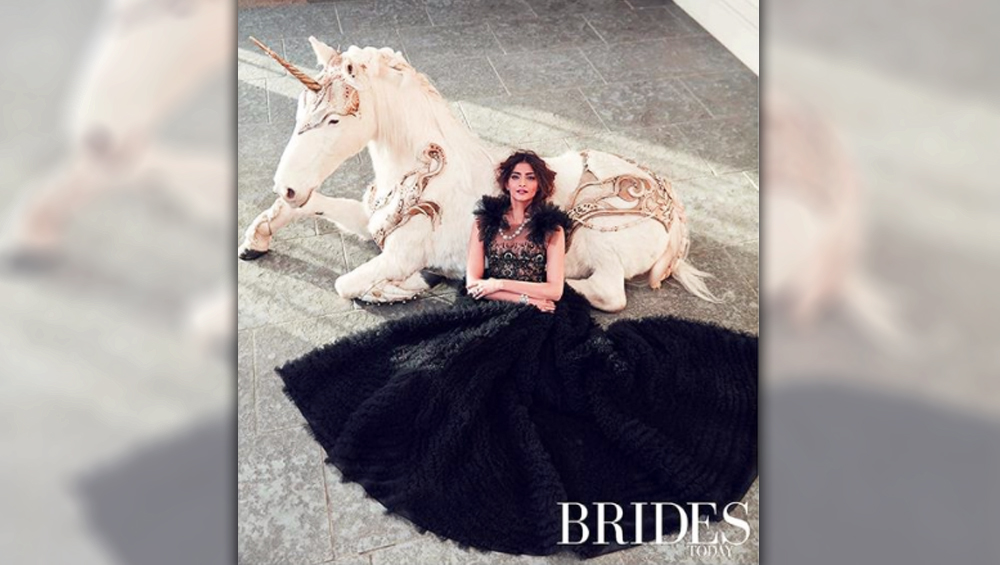 In Ralph & Russo's second look, fashion connoisseur is seen wearing an all black and even more dramatic and ruffled gown. 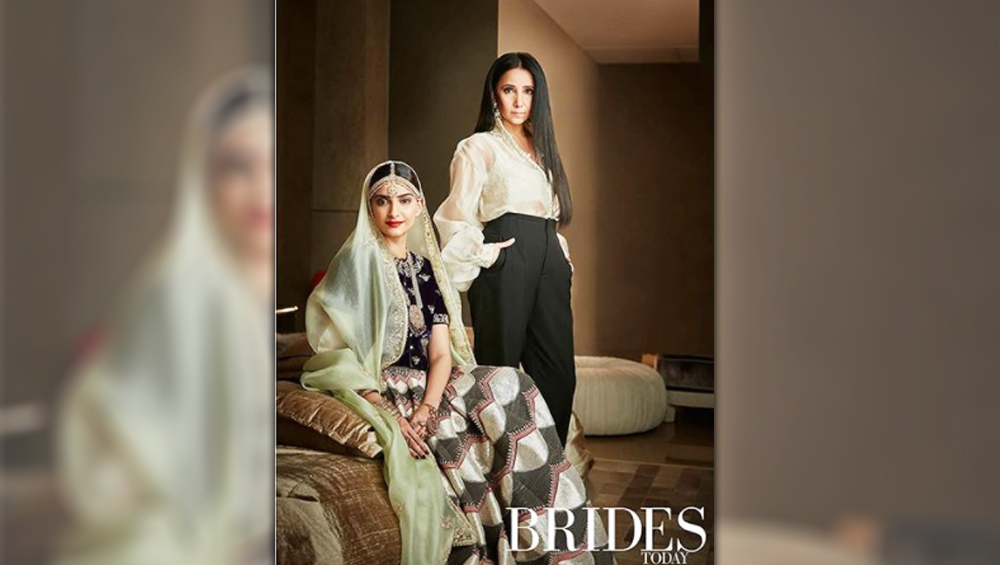 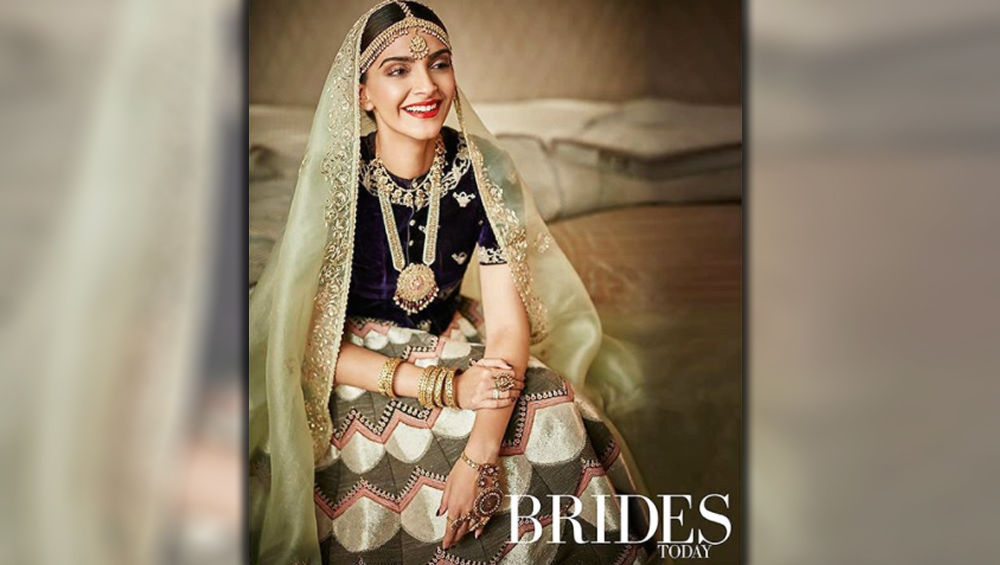 As a ethnic and contemporary bridal look for designer Anamika Khanna, Sonam Kapoor is seen wearing a royal velvet blue blouse and printed ghagra with a sheer embroidered dupatta draped over her head. Highlighting the Indian attire, the actress is sporting a Borla matha patti maang tikks, beaded raani haar and hathphool. 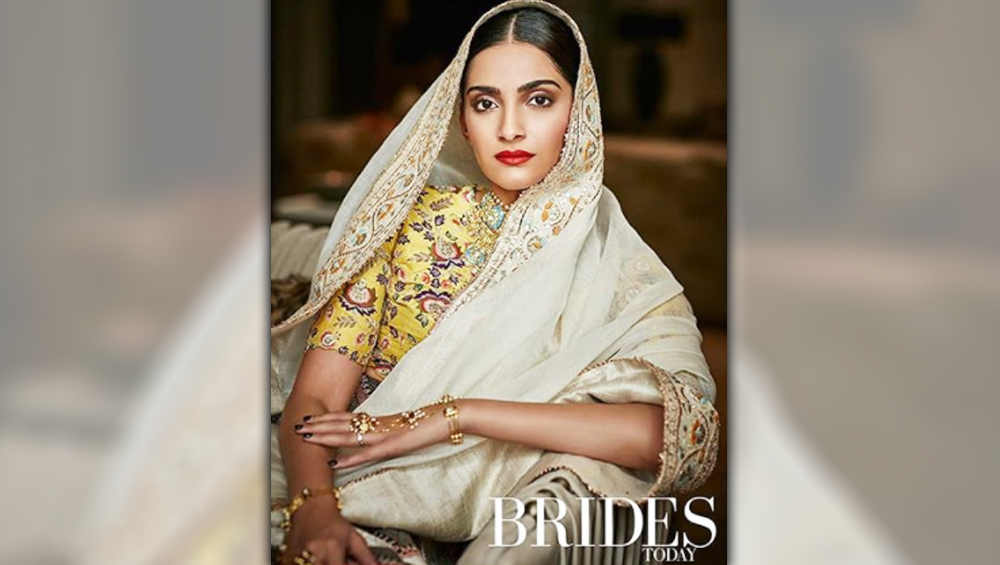 Sonam looks like a royal maharani in the golden saree and yellow blouse.

We are sure Sonam will make a stunning bride. Let's hope that the alleged marriage rumours are true. While we are still catching our breathes after seeing Sonam in enchanting bridal looks, which is your favourite look? For us, the answer is all of the above.

(The above story first appeared on LatestLY on Feb 14, 2018 07:13 PM IST. For more news and updates on politics, world, sports, entertainment and lifestyle, log on to our website latestly.com).