Wait, What? Bella Hadid Replies to Instagram User in Awe of Her Affordable Plunging Green Velvet Dress With its Price, Promises to Find the Link for Her to Buy Online

Bella Hadid recently posted a series of pictures where she can be seen wearing a plunging green velvet dress. While she was promoting her new bag, many fans could not help but compliment her dress. 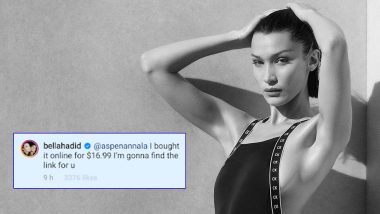 Hollywood celebrities are often spotted interacting with their fans on social media and surprising them in one or the other way. One of the celebrities who is very close to her fans in Bella Hadid and she is often seen chatting up with them. And recently, a lucky fan found herself at the receiving end of a reply from the supermodel herself. This lucky fan complimented Bella on the dress she was wearing in her Instagram post and expressed how she wanted it for herself. To this, Bella not only replied but also told the fan that she will send her the link to buy the dress online. Bella Hadid Leaves Little to the Imagination As She Unzips Her Leather Jacket for Pop Magazine Issue.

Bella Hadid recently posted a series of pictures where she can be seen wearing a plunging green velvet dress. While she was promoting her new bag, many fans could not help but compliment her dress. One of the users wrote, "This dress tho. I need," to which Hadid responded with the price!

She dropped a comment saying, " I bought it online for $16.99 I’m gonna find the link for u." This left everyone astonished including the user who had written down this comment. Many other girls also started asking for the link too. Bella Hadid Receives Flak For Her Latest Instagram Story As It Offends Her Middle-Eastern Fans; Netizens Boycott The Products She is Endorsing! 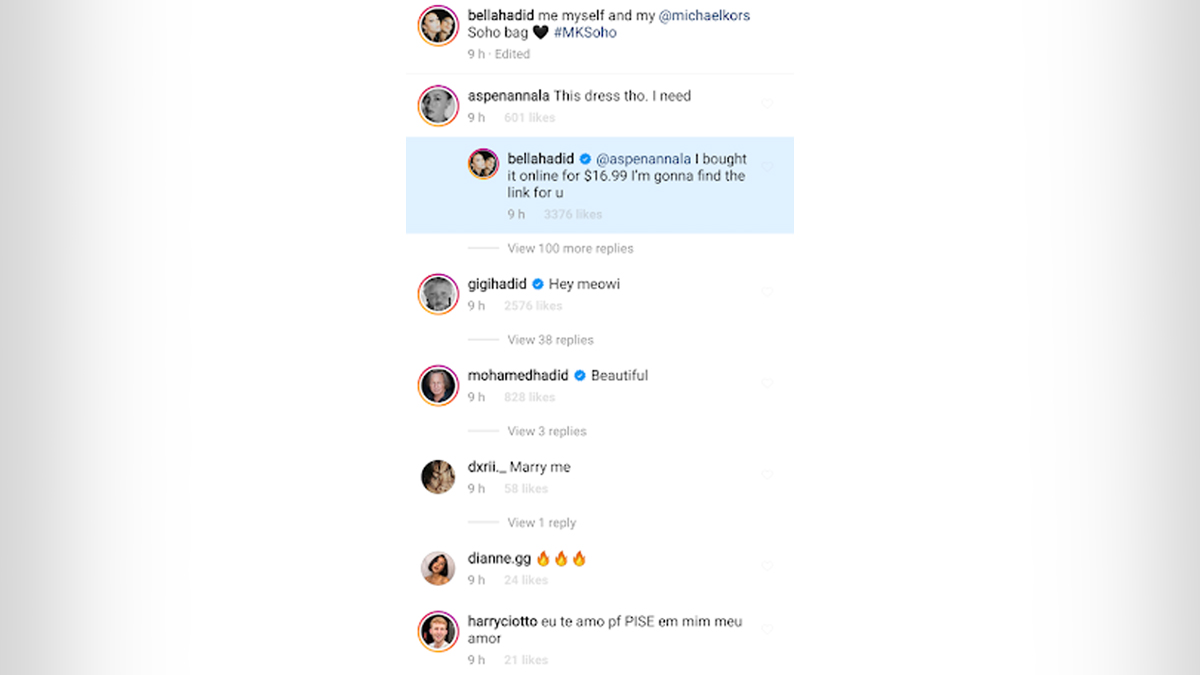 Bella was advertising Michael Kors' chic Soho bag which she carried in her hands in these photos. Bella also went back to having her classic brunette tresses after trying out a blonde wig last week.

Earlier, Bella had posted an image of her and Gigi Hadid as kids with their parents Yolanda and Mohamed Hadid from a celebration. She also shared pictures of her new set of tattoos that she got on her upper arms earlier this month.

(The above story first appeared on LatestLY on Dec 01, 2020 06:25 PM IST. For more news and updates on politics, world, sports, entertainment and lifestyle, log on to our website latestly.com).