The meaning and significance of Australia Day has evolved and disputed over time, and not all states celebrate the same date as a date of historical significance. Informally, or historically, the date has also been variously designated Anniversary Day, Foundation Day, and ANA Day. 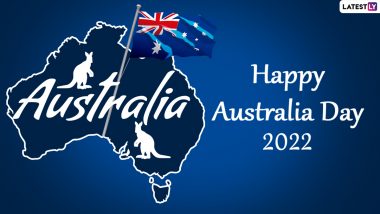 The date January 26 is very special for both Australia and India. Australia Day is the official National Day of Australia. Celebrated annually on January 26, it marks the 1788 landing of the first fleet at Sydney Cove and the raising of the Union flag by Arthur Phillip following the days of exploration at Port Jackson in New South Wales. Currently, in Australia, celebrations aim to reflect the country's diverse society and landscape and are marked by community and family events, reflections on Australian history, official community awards and citizenship ceremonies welcoming new members of the Australian community. Australia Day 2022 Wishes: Best Quotes, HD Wallpapers with Australian Federation Flag and Messages to Celebrate The National Day.

The meaning and significance of Australia Day have evolved and disputed over time, and not all states celebrate the same date as a date of historical significance. Informally, or historically, the date has also been variously designated Anniversary Day, Foundation Day, and ANA Day. The date January 26, 1788, marked the declaration of British sovereignty over Australia's eastern seaboard (then known as New Holland). Although it was not known as Australia Day for over a century, records of celebrations on January 26 date back to 1808 with the first official celebration of the formation of New South Wales. On New Year's Day 1901, the British colonies of Australia formed a federation, marking the birth of modern Australia. A national day of unity and celebration was sought. It was not until 1935 that all Australian states and territories adopted the use of the term "Australia Day" to mark the date, and it was not until 1994 that the day was consistently marked by a public holiday by all states and territories. On this day you can send Australia Day 2022 Messages, HD Images, WhatsApp Stickers, Signal Wishes, Facebook Greetings, Telegram Photos and GIFs to Celebrate Australia’s Foundation Day: 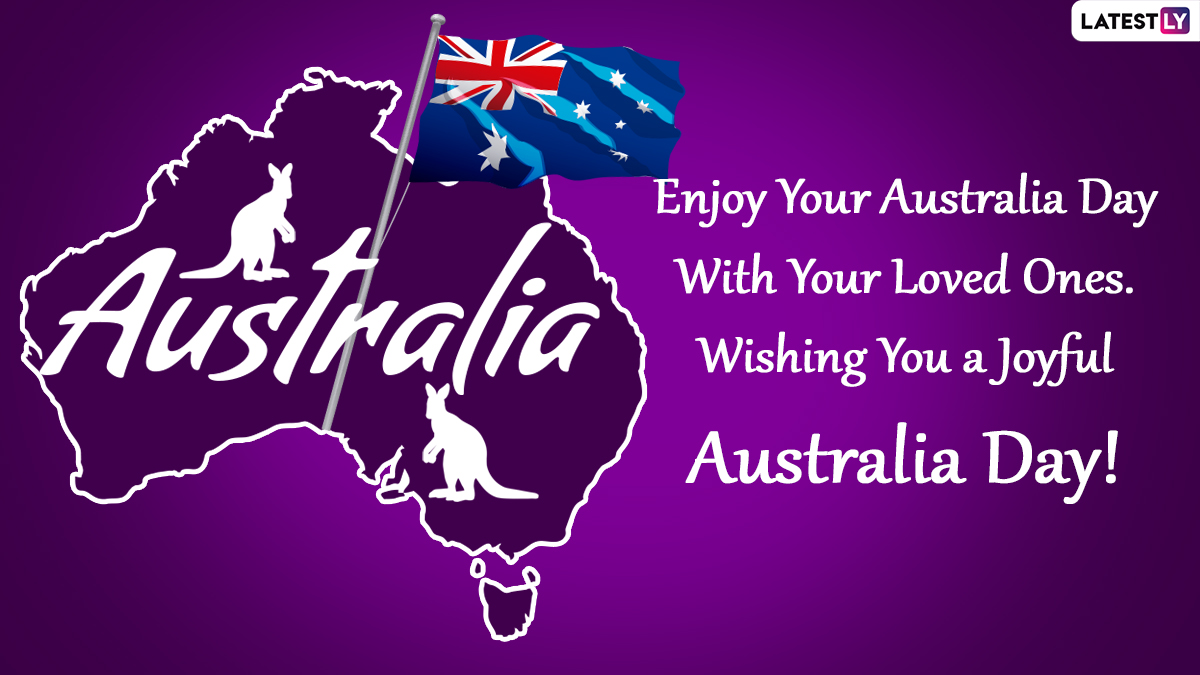 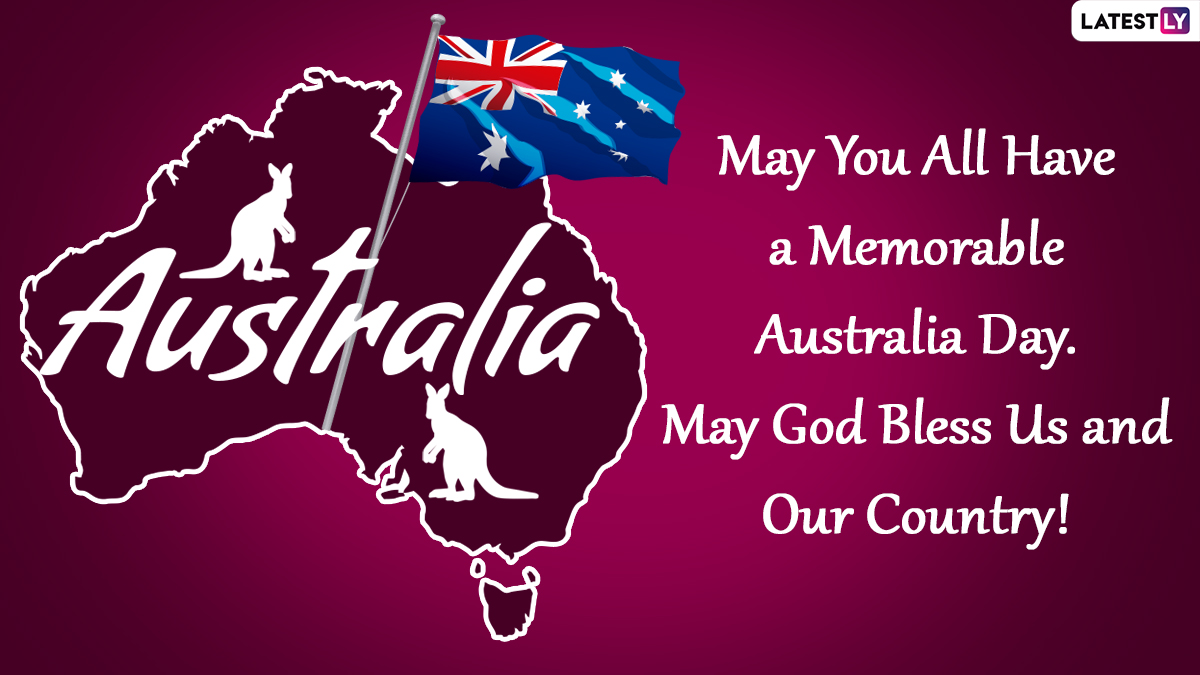 WhatsApp Message Reads: May You All Have a Memorable Australia Day. May God Bless Us and Our Country! 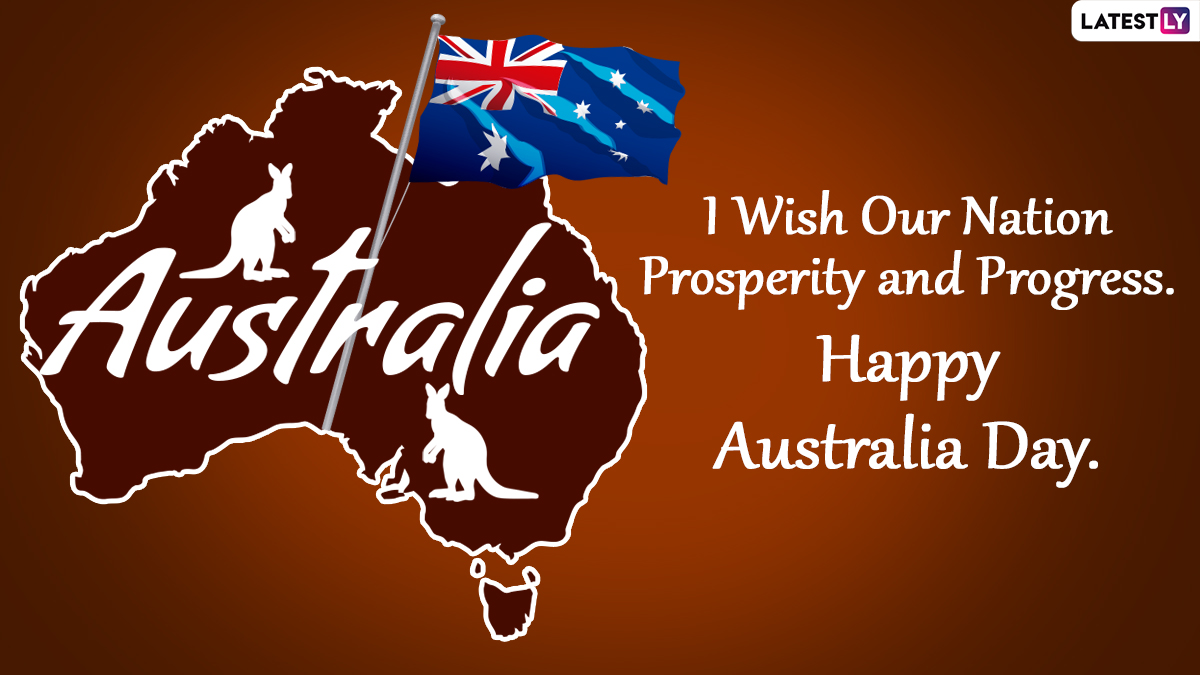 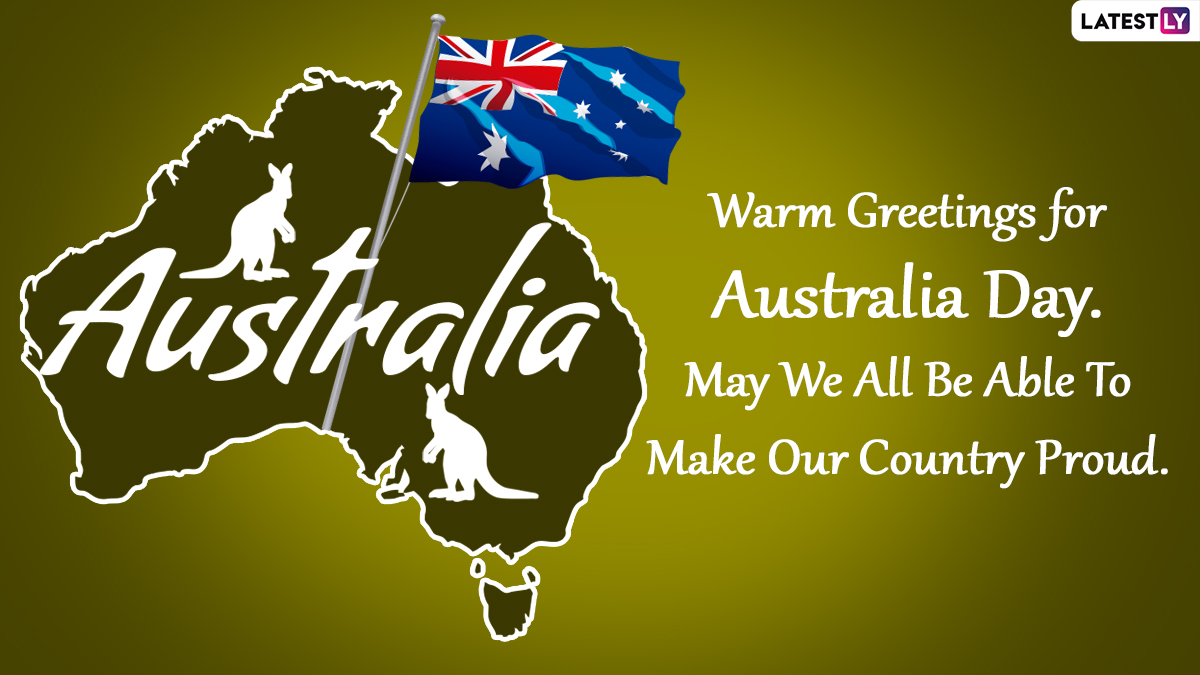 WhatsApp Message Reads: Warm Greetings for Australia Day. May We All Be Able To Make Our Country Proud. 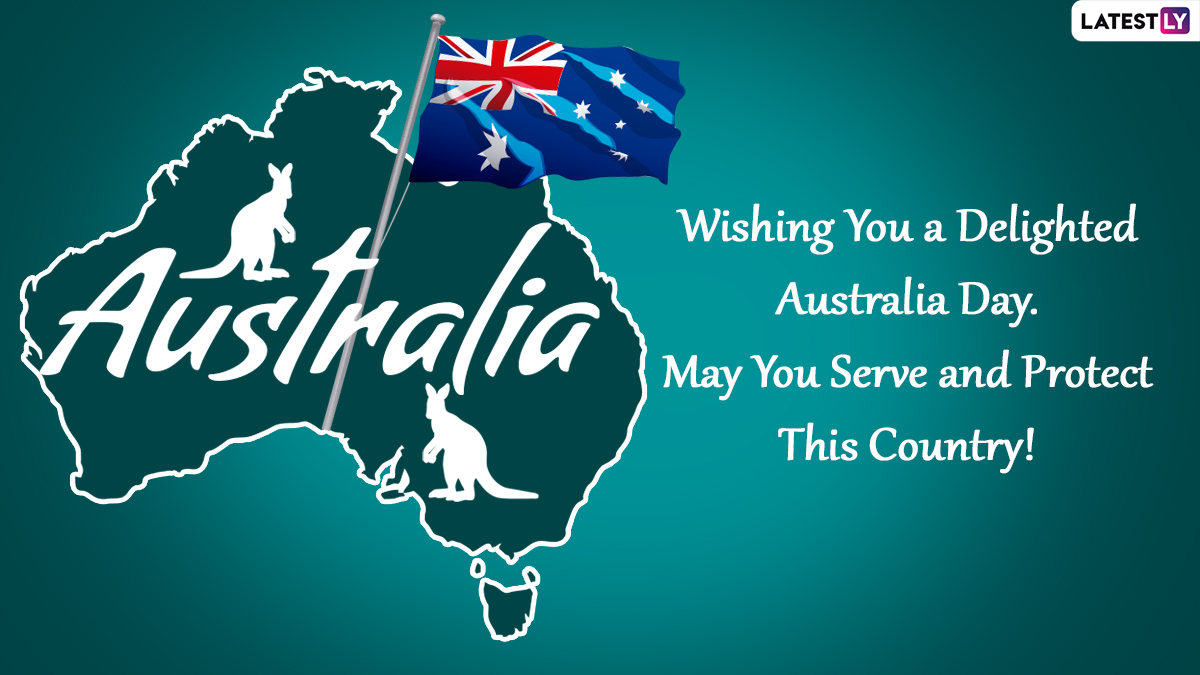 WhatsApp Message Reads: Wishing You a Delighted Australia Day. May You Serve and Protect This Country!

In contemporary Australia, the holiday is marked by the presentation of the Australian Year Awards on the eve of Australia Day, the announcement of the Australia Day Honors List, and addresses by the Governor-General and the Prime Minister. It is an official public holiday in every state and territory. Along with community festivals, concerts and citizenship ceremonies, the day is celebrated in large and small communities and cities across the country. Australia Day has become the largest annual civic event in Australia.

(The above story first appeared on LatestLY on Jan 26, 2022 03:13 AM IST. For more news and updates on politics, world, sports, entertainment and lifestyle, log on to our website latestly.com).