Australia Day is the National Day of the country, which is celebrated annually on 26th January to commemorate the arrival of the First Fleet in Sydney Cove. Commander Captain Arthur Phillip rowed ashore at Sydney Cove, raised the Union flag, and proclaimed British sovereignty over part of the continent in 1788. 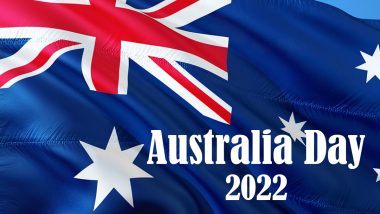 Australia Day is observed every year on 26th January to reflect, respect, and celebrate the establishment of the first permanent European settlement in the continent of Australia. Australia which is officially the Commonwealth of Australia is a sovereign country comprising the mainland of the Australian continent, the Tasmania island, and numerous other smaller islands. On the foundation day of the country, many people take the opportunity to get together with their family members to enjoy various functions and community events across the nation. January 2022 Holidays Calendar With Festivals & Events.

Australia Day marks the 1788 landing of the first fleet of sheep led by Governor Arthur Phillip that consisted of 11 ships that were made up of two Royal Navy vessels, three store ships, and six convict transports. The Europeans found the area unsuitable for settlement, and they actually settled at Sydney Cove in Port Jackson on January 26th and raised the Union Jack. The anniversary is also termed by some as "Survival Day" and marked by events such as the Survival Day concert, first held in Sydney in 1992. The day has also been termed as Anniversary Day, Foundation Day, and ANA Day, unofficially.

In the early 1800s, some businessmen and politicians of New South Whales celebrated the events as Foundation Day in private dinner parties. Government and military officials have long taken a prominent role in the celebration of Australia Day with grand ceremonial events and functions. Local leaders are honoured for their service in the Australian of the Year Awards. After the European settlement, there was a significant change in the landscapes and the Australian system.

Australian Day celebration is all about reflecting and honouring the nation's past and it is also an opportunity to celebrate the cultural diversity and rich migrant heritage which is very much part of the unique Australian identity. Aussies celebrate National Day by watching martial arts, and street dancing performances, attending musical concerts, and roving performances, vibrant stage collaborations, and sharing delicious food.

(The above story first appeared on LatestLY on Jan 25, 2022 11:38 AM IST. For more news and updates on politics, world, sports, entertainment and lifestyle, log on to our website latestly.com).