If I Had Foreseen Hiroshima and Nagasaki, I Would Have Torn Up My Formula in 1905 – Albert Einstein 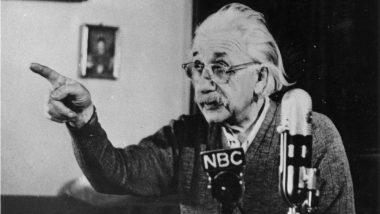 75 years ago, Japan's Nagasaki was made to fall into ruin when the US dropped the atomic bomb named "Fat Man" at 11:02 a.m., 1,650 feet above the city that took around 74,000 lives. This nuclear bomb was even more powerful than the one dropped on Hiroshima (atomic bomb named 'Little Boy') on 6th August 1945. It is said that the US decided to carry out this nuclear holocaust in order to quickly and effectively end World War 2 ensuring the least amount of casualties on the American side.

1. The Destruction: A Revisit

The bloodcurdling mishap of Nagasaki took place in Taro Shibahara in Japan. The US deployed the bomb over Japan which was second such nuclear attack on Japan in three days. The bomb was detonated in the air and it exploded 1652 feet above the ground claiming more than 70,000 lives (Exact death figures have been impossible to obtain with the blast having obliterated bodies and disintegrated records). According to reports, the explosion had released the equivalent force of 22,000 tons of TNT. The hills that surrounded the city of Nagasaki are credited for having done a good job in containing the destructive force, but the ground could not be saved. It is said that when the atomic bomb was exploded, the temperature of ground reached 4,000 degree Celsius and caused radioactive rain to pour down. Hiroshima Day 2020: Facts About The Atomic Bombing in Hiroshima and Nagasaki That Unleashed a Catastrophe in Japan.

Though the city had only two-thirds of Hiroshima’s population, it was highly qualified in terms of strategic and industrial worth. The city had made its name as an excellent harbor and registered successful history as an open port. It didn't take Nagasaki long to develop a robust shipbuilding industry and thrive as a trading centre. It was a repair hub for both naval and merchantmen and home to industrial suburbs of Inase and Akunoua. Its vitality also lied in the fact that during the very World War II, Nagasaki was manufacturing weapons for the Japanese military. Two munitions factories - the Mitsubishi Steel and Arms Works and the Mitsubishi-Urakami Torpedo Works - were also located here.

The explosion led to the killing of most of the physicians and nurses in Nagasaki, people who were badly needed to treat other people. Several hospitals were rendered non-functional, people suffered from severe burns, boils and blisters. Many died immediately, many suffered a painfully slow death. The exposed radiation even killed those who entered the city after the deadly explosion.

4. Long Term Effects of the bombing

The tragedy increased the incidence of leukaemia among survivors after 5-6 years. A decade passed and there was a sharp increase in cases of other diseases like thyroid, breast, lung and other cancers at higher than normal rates. Pregnant women began experiencing higher rates of miscarriage and death of their infants due to radioactive radiations. And the children who were exposed to the radiation in their mother's womb experienced intellectual disabilities and impaired growth, increased rate of developing cancer and also microcephaly (a condition where a baby's head is much smaller than expected). Many others suffered Keloids, A-bomb cataracts and chromosome changes. One must note that for solid cancers, the risk related to radiation exposure continues to increase even today.

(The above story first appeared on LatestLY on Aug 09, 2020 08:27 PM IST. For more news and updates on politics, world, sports, entertainment and lifestyle, log on to our website latestly.com).