Every year on 23rd January, Subhas Chandra Bose’s birthday is celebrated across various parts of the country. It is even an official holiday in the states of West Bengal, Jharkhand, Tripura, and Assam. Read more to know more about Netaji and why Parakram Diwas is celebrated. 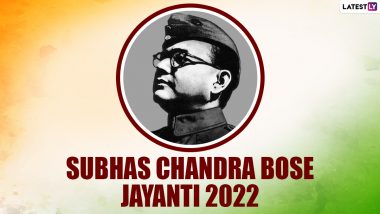 Netaji Subhas Chandra Bose was an Indian Nationalist and great freedom fighter who rebelled against the British and urged the people of the nation to resort to radical forms of protest and revolution. To pay tribute to his contribution to India's struggle against colonial forces, Subhas Chandra Bose's birthday is celebrated across various parts of the country on January 23rd every year. The formal National Day is also known as Parakram Day or Bravery Day. This year Netaji's 126th birth anniversary will be observed on Sunday.

Netaji Subhas Chandra Bose was born to Prabhavati Bose and Janakinath Bose on 23 January 1897 in Cuttack, Orrissa. Subhas Bose followed his five brothers in 1913 to Presidency College, Calcutta, the historic and traditional college for Bengal's upper-caste Hindu men. After completing his degree in Philosophy in Calcutta, he was sent to England to study for the Civil Services exams. In 1921, he returned to India, where his fervent patriotism led to him being considered a rebel by the British authorities.

Netaji worked within the ambit of the Indian National Congress politics for nearly 20 years. He also started the newspaper 'Swaraj' (Self-Rule) and took charge of publicity for the Bengal Provincial Congress Committee. In 1927 Bose became general secretary of the Congress party and closely worked with Jawaharlal Nehru against colonial rule.

1. The term 'Netaji' is Hindustani for 'Respected Leader' and was first given to Bose by Indian soldiers in 1945.

2. Netaji was expelled from his college once when he assaulted Professor Oaten, who made anti-national comments and manhandled Indian students.

3. Bose's radical activity against Britishers let him imprisonment for 11 times.

4. He was a progressive thinker and wanted women to enlist in the Indian National Army to fight for their country.

5. Netaji's death is covered in mystery as many of his supporters have refused to believe he died in the plane crash.

"Give me your blood, and I shall give you freedom"  by Netaji sparked motivation and patriotism in the hearts of many Indians who fought against the British rule back then. Moreover, Republic Day celebrations from this year will start on January 23 instead of January 24 to include the birth anniversary of Netaji.

(The above story first appeared on LatestLY on Jan 17, 2022 01:07 PM IST. For more news and updates on politics, world, sports, entertainment and lifestyle, log on to our website latestly.com).