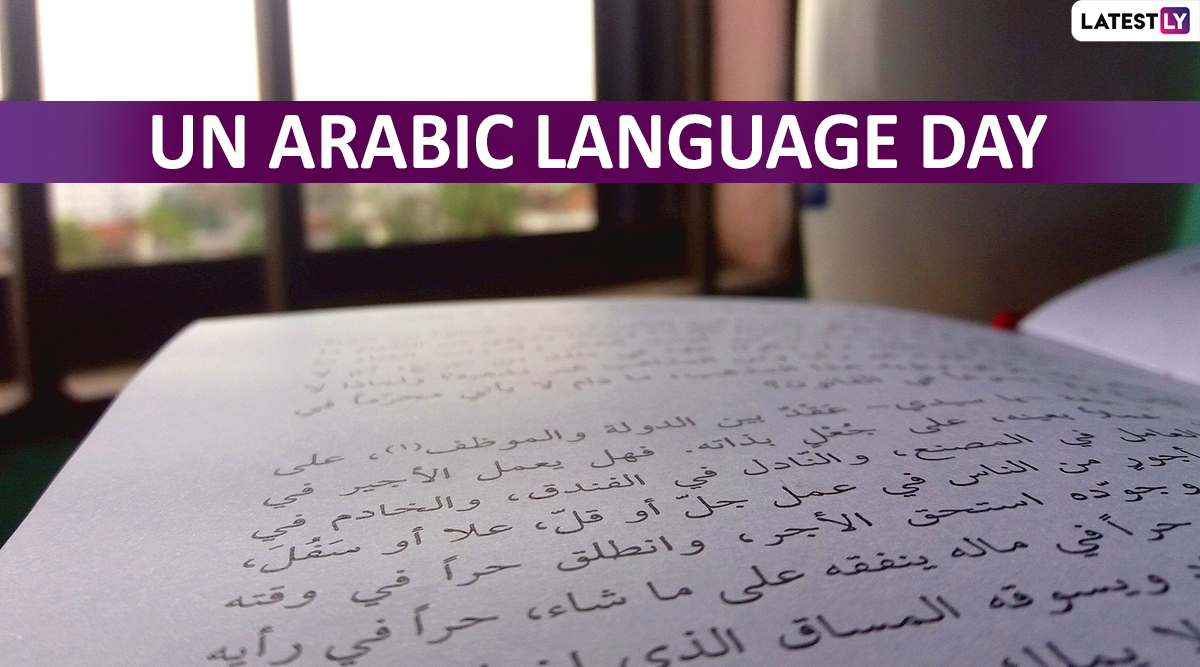 When do we celebrate UN Arabic Language Day 2019?

The UN Arabic Language Day 2019, like every year, will be celebrated on December 18 this year too. The global event was first celebrated in 2012, and since then has been a part of UN celebrations every year. The date, December 18, also marks the induction of Arabic language (in 1973) as one of the 6 official languages of the United Nations, along with English, French, Spanish, Russian, and Chinese. World Sanskrit Day 2019: Date, History and Significance About Sanskrit Diwas That Celebrates The Ancient Indian Language.

What is the theme of UN Arabic Language Day 2019?

What is the significance of UN Arabic Language Day 2019?

Statistically speaking, Arabic is the 6th most-commonly spoken language in the world. It is also said that Arabic is the first language of algebra, medicine, chemistry, alchemy, and astrology. It’s usage in art, literature, archaeology, research, knowledge, philosophy, poetry, songs, and even entertainment is quite exemplary. The language adds another dimension when it comes to cultural heritage and history.

The celebration of UN Arabic Language Day is about the international community taking a moment to appreciate the language and its contribution to world history. The UNESCO calls the Arabic language ‘a pillar of the cultural diversity of humanity’. Arabic has played an important role in promoting knowledge and understanding the Greek and Roman sciences.

It is a known fact that the Arabic language is one of the most-used languages. It is a great thing to have to celebrate the riches of a language which is so widely cherished and used. As December 18 nears, we at LatestLY wish you all a very ‘Happy UN Arabic Language Day 2019!’ and hope the language continues to be a part of many more breakthroughs in the future.