In people who had received the Pfizer/BioNTech vaccine for all three doses, antibody levels against Omicron after a third dose were similar to those previously reached against Delta after only two doses. 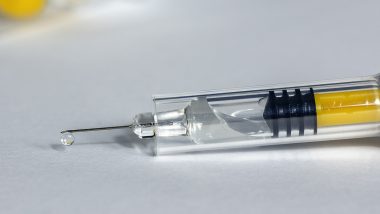 Published as a research letter in The Lancet, researchers including from the Francis Crick Institute and UCLH Biomedical Research, found that antibodies generated in people who had received only two doses of either the Oxford/AstraZeneca vaccine or the Pfizer/BioNTech vaccine were less able to neutralise the Omicron variant as compared to the Alpha and Delta variants.

They also found that antibody levels dropped off in the first three months following the second dose but a third 'booster' dose raised levels of antibodies that effectively neutralised the Omicron variant.

In people who had received the Pfizer/BioNTech vaccine for all three doses, antibody levels against Omicron after a third dose were similar to those previously reached against Delta after only two doses.

Overall, antibody levels were nearly 2.5x higher against Omicron after three doses compared to after two. "People who have queued outside vaccinations centres should be reassured that a vaccine booster is the best way of protecting them from Omicron. And for people who haven't yet had a booster or even a first dose, it's not too late," said Emma Wall, UCLH Infectious diseases consultant. COVAXIN Booster Dose Trial Demonstrates Long-Term Safety With No Serious Adverse Events, Says Bharat Biotech.

"This new variant can overcome the immune blockade put in place by two vaccine doses, but thankfully following the third dose, neutralising activity is robust in the vast majority of people. A third dose builds our defences higher, making it harder for the virus to cause severe Covid-19," she added.

The team analysed 620 blood samples from 364 people who enrolled in the study. Higher levels of antibodies against the Omicron variant were also found in people who received two doses of either vaccine and also reported previously having Covid-19 symptoms, compared to those who had not previously had Covid symptoms.

The researchers also found that Xevudy (sotrovimab), a recently-approved synthetic monoclonal antibody used to prevent and treat patients at risk of developing severe Covid-19, was able to neutralise the Omicron variant.

(The above story first appeared on LatestLY on Jan 20, 2022 05:22 PM IST. For more news and updates on politics, world, sports, entertainment and lifestyle, log on to our website latestly.com).