Is Marijuana Replacing Protein Shakes as the New Health Supplement? People are Including Pot in Their Pre-Work Out Regime

While traditional pre-workout supplements are designed to provide the energy when exercising, cannabis’ effects are largely psychological. 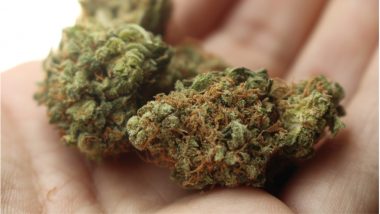 Marijuana legalisation in many countries across the world has pushed the drug further toward mainstream and the social stigma associated with it is slowly dissolving. And with that more and more people are toking up before hitting the gym or any other sports activity. But why are people smoking up before the work out and how does it help?

Those who regularly supplement a workout with some form of marijuana applaud the benefits of the combination claiming that helps improving focus and relaxation and in recovery and pain management. Dr. Peter Grinspoon, a primary care doctor at Massachusetts General Hospital and author of the book ‘Free Refills: A Doctor Confronts His Addiction’, says, “It’s a weird phenomenon, but it’s an increasingly common phenomenon. The fact that a lot of people are saying it helps them can’t be ignored.”

While there is no hard core scientific evidence to prove these claims, some suggest that smoking weed can heighten the enjoyment of certain activities with repetitive motions. As published in Men’s Journal, Jordan Tishler, MD, a Harvard-trained internist and cannabis therapeutics specialist, says, “If you’re running on a treadmill, cannabis can make it more enjoyable, which can actually make you more motivated to run for longer, and to run more in the future.” Advocators say that drug gives them focus they otherwise can’t achieve, that it breaks the monotony of a long run or that it makes them more mentally agile.

As a Schedule 1 substance – meaning that along with heroin, LSD and ecstasy – marijuana has ‘no currently accepted medical use and a high a potential for abuse’. Shikha Prashad, a postdoctoral research scientist at the University of Texas Dallas’ Center for BrainHealth, said, “The most critical finding from our review was that there are too few studies to draw any firm conclusions about the effects of cannabis on motor function.” Prashad co-authored a research review into cannabis’ effects on complex motor behaviours.

In many states of US, people practice cannabis-themed yoga classes or even participate in marathons after being high. As reported in Boston Globe, Jim McAlpine, the California-based founder of the 420 Games, a multi-city event that includes a 4.20-mile run and yoga classes and invites participants to work out under the influence, says, “I call it a social movement. I’ll look on Instagram and people define themselves as kind of ‘cannabis athletes’.” While traditional pre-workout supplements are designed to provide the energy when exercising, cannabis’ effects are largely psychological.

(The above story first appeared on LatestLY on May 28, 2018 12:09 PM IST. For more news and updates on politics, world, sports, entertainment and lifestyle, log on to our website latestly.com).