Doctors say that the baby may not survive the condition in the long run. 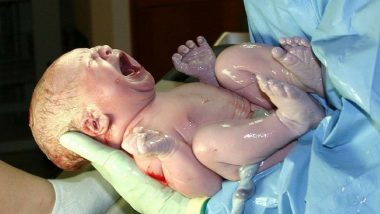 A week after Rajkot’s gang rape victim, an 11-year-old girl gave birth to a baby, she is finally discharged from the civil hospital. But the condition of her infant is still said to be critical. Earlier it was reported that the baby many not survive for too long due certain medical complications caused by a congenital defect. The infant was said to be suffering from Spina bifida, a condition where the spine and the spinal cord didn’t form correctly, which results in an incomplete closing of the backbone and the membranes around the spinal cord.

Dr Rakesh Joshi, HOD of Department of Paediatric Surgery at Civil Hospital in Asarwa spoke to the Indian Express, saying that a surgery may not be a right option for the child and it can lead to further complications. Scan results show that the infant is suffering from extensive damage due to the condition, and that along with her spine, her brain is also affected due to the condition.

The doctors have reiterated the fact that the child may not live for too long. The skin covering the spine is thin and inoperable. There is a good chance that it may tear, leaving the child exposed to various pathogens and infections. While the temporary care may help the child in the short run, dressing up her spine may not save her in the long run.

The 11-year-old gang rape survivor was violated by six men, which also includes two minors, from her locality. The accused used to call the girl under the pretext of household work and would sexually assault her. The child’s pregnancy was discovered when the mother noticed an unusual bump on her stomach. But by then, she was already eight months into the pregnancy and it was too late to terminate it. Last week, she delivered the infant through a c-section.

(The above story first appeared on LatestLY on Mar 24, 2018 01:14 PM IST. For more news and updates on politics, world, sports, entertainment and lifestyle, log on to our website latestly.com).