As it is centred on the miniature labs, these mosquitoes soon will be raised and produced for trials in September this year. 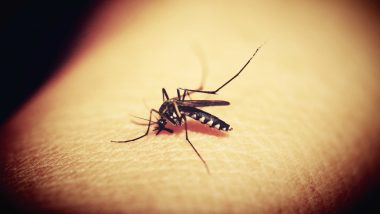 Researchers in Brazil has developed a new type of GM mosquitoes with defective sperm that results in sterile eggs in its fight against vector-borne diseases. As it is centred on the miniature labs, these mosquitoes soon will be raised and produced for trials in September this year. Scientists are literallay terms are manipulating the mosquitoes aiming to reduce the diseases which are caused by them.

From a long time now, scientists have been striving to build genetically modified mosquitoes to protect those who suffering from illness such as dengue, chikungunya, yellow fever and Zika. So finally, researchers at the University of Sao Paulo’s (USP) Biomedical Sciences Institute took the revolutionary step to solve the problem.

Reportedly, the Aedes aegypti mosquitoes are known to spread infectious diseases and if the modified mosquitoes are proved to be effective, then it would be given to the United Nations for distributing them to the other countries.

One of researchers, Margareth Capurro said, “Because when we made a genetic modification, in addition to the characteristics we want, we might have induced unwanted characteristics.” She further estimated that by the end of 2019, researchers could produce 500,000 mosquitoes in one week to fight the diseases.

According to Centers for Disease Control and Prevention, Zika is spread mostly by the bite of an infected Aedes species mosquito. They bite during the day and night. The disease can be passed from a pregnant woman to her foetus and so far, there is no vaccine or medicine for Zika. Since Zika-linked disease cases came in the forefront, scientists have worked in GM mosquitoes and many have been released in several areas around the world. They are being created in an effort to lessen the mosquito diseases. Brazil is already using a type of modified mosquitoes which will never survive into adulthood to fight such diseases.

(The above story first appeared on LatestLY on Jun 22, 2018 03:44 PM IST. For more news and updates on politics, world, sports, entertainment and lifestyle, log on to our website latestly.com).