Mum Pulls Her Kids Out of School Citing Wi-Fi Allergy! But Is Wi-Fi Really Bad For Your Health? 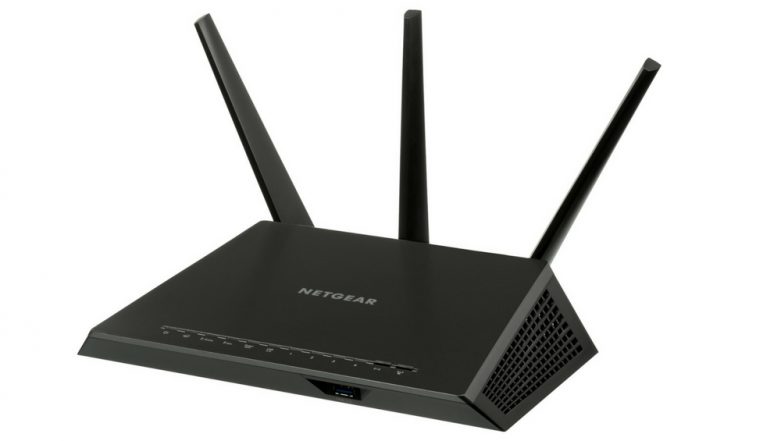 It’s in the air, it’s all around you, you can’t function without it and it’s all-powerful. No, it’s not ‘love’ we are talking about but Wi-Fi. It gave us freedom from wires, allowed connecting multiple devices, helped save money and offered and better speed and connectivity. But we have all wondered at some point whether all these amazing benefits were at the cost of our health. An Irish mom Alisa Keane from Downpatrick in Northern Ireland has reasons to believe so. That’s why she pulled her three children – James, Conn and Dara – out of school because she believed that Wi-Fi was making them sick.

The kids suffered from terrible nausea, headache and lack of concentration at school but their symptoms would vanish once they came back home. It didn’t take Alisa and her husband too long to connect the dots and speculate that Wi-Fi could be the culprit since the family used Ethernet at home. And this is not the first case where Wi-Fi was indicted. In 2015, 15-year-old Jenny Fry committed suicide because she was suffering from electro-hypersensitivity or EHS caused by the Wi-Fi in her school. Like the Keane kids, Jenny suffered from agonising headaches, which she believed was triggered by Wi-Fi at school. Jenny took her own life after she was tired of being taken lightly. Her mother Debra Fry now raises awareness about EHS.

If you too have been suffering from health issues and suspecting that Wi-Fi could be triggering it, here are some shocking truths that will help you arrive at the conclusion yourself.

1. Wi-Fi Could Be Killing Plants

An experiment conducted by ninth grade children from Sweden in 2013 presented a scary picture of the effects of Wi-Fi on plants. The children planted 400 cress seeds in 12 trays. They placed six trays in two rooms at the same temperature, giving them the same amount of water and sunlight for the next 12 days. The only difference is that one set was placed in a room with Wi-Fi routers. Stunningly, the one which was exposed to Wi-Fi didn’t grow and some of the plants were even stunted. The cress plants in the other set showed healthy growth. While the results couldn’t be proved by a meta-study in 2013, the initial school project did pique the curiosity of researchers from Holland, England and Sweden.

A 2016 study in the Journal of Chemical Neuroanatomy studied the effects of prolonged exposure to radiofrequency radiation emitted by Wi-Fi devices on rats. As part of the study, 16 rats subjected to 2.4GHz frequency emitted by Wi-Fi devices for over a year. The study was done to assess the DNA damage done by the radiation on organs such as brain, liver, kidney, skin and testicular tissues. Although the radiation didn’t have any significant on the other organs, the DNA damage in the rat testes tissues was significant. The scientists concluded that the testes could be more sensitive to Wi-Fi radiation than the other organs.

A study from Argentina published in the Fertility and Sterility in 2012 showed that Wi-Fi has the potential to alter sperm motility. For the experiment, the researchers took samples of sperm and placed them in two pots. One was placed close to a laptop with a Wi-Fi function for a few hours. The other pot was kept in similar surrounds but without the Wi-Fi. The study found out that 25 percent of the sperm left next to the laptop had stopped swimming. The researchers also found that the genetic code of the sperm cells had changed. In contrast, only 14 percent the sperm left in the room without the Wi-Fi had died. The findings could possibly point towards an infertility angle.

4. Wi-Fi May Cause Insomnia

Sleeplessness has become a global epidemic thanks to increasing stress and worsening mental health. But scientists also believe that technology has a role to play, namely Wi-Fi. In 2013, a study described the effects of 900 MHz unmodulated and 900 MHz modulated Hz waves on the brain of sleeping rats. Just an hour of exposure to Wi-Fi caused a one hour delay for the rats to drift into REM or deep sleep.

5. Wi-Fi Could Release Mercury Out of Your Dental Fillings

Dental amalgam is a liquid made of 50 percent mercury used for filling cavities. It is one of the most preferred methods of restoring teeth due to its high mechanical strength, durability and ease of manipulation. But exposure to electromagnetic frequency like Wi-Fi could affect dental fillings, releasing mercury out of the amalgam and into your bloodstream, which can be toxic for health.

Oxidative stress, the primary cause of most chronic human diseases and cellular DNA damage, can be increased by exposure to Wi-Fi. By this extension, Wi-Fi could be responsible for premature ageing, hardening of arteries and even cancer. Exposure to electromagnetic radiation of Wi-Fi can increase levels of reactive oxygen substances and lowered antioxidant defence, leading to brain and liver damage.

7. Wi-Fi May Be More Damaging to Children

Confirming Alisa Keane’s fears about Wi-Fi, research says that Wi-Fi can be more damaging for children than adults. Children have thinner and smaller skulls compared to adults, making them more vulnerable to electromagnetic frequencies. Decrease DNA repair and increased DNA damage caused by the radiation could also make children more susceptible to brain development and cancers.

8. Wi-Fi Damage Could Be Irreversible

While these health effects are serious, it has to be noted that some of the damage done by Wi-Fi could be irreversible and cumulative. Most of us are exposed to Wi-Fi continuously in schools, hotels, restaurants, coffee shops, airports and homes, which can increase the danger manifold.

These are some of the documented scientific evidence of the impact of Wi-Fi on the human body. The fact that we are being inundated by electromagnetic rays continuously on a daily basis can mean bad news for our health. While it is not entirely easy to escape Wi-Fi, considering most of our livelihoods depend on it, the key is to reduce exposure. Instead of leaving the router on the entire day, switch it on only when you need to use the internet. Switch off the router at night when it is not in use. Avoid screen time as much as possible and avoid sleeping next to laptops, mobile phones or computers.