World’s Most Expensive Drug Worth $2 Million by Novartis Approved by FDA, Why is Zolgensma So Pricey?

Zolgensma may be more cost-effective than its rival Biogen’s Spinraza, which has to be taken every four months. 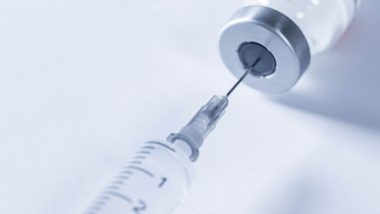 The Food and Drug Administration approved a $2 million drug Zolgensma manufactured by Novartis. In Indian currency, the drug is worth Rs 14 crore. The one-time gene therapy drug will be used to treat a rare disease that afflicts babies called Spinal Muscular Atrophy (SMA). Novartis announced the price of the drug for the medicine for the first time publically although they had provided an estimated price range of the drug before. Here are important facts about the world’s most expensive drug. Read all about the drug, its use, side effects on FDA's site.

What is SMA or Spinal Muscular Atrophy?

Spinal Muscular Atrophy or SMA is a genetic disorder, characterised by muscle weakness and wasting. The disease is caused due to the loss of nerve cells known as motor neurons, which aid in bodily movements. People with SMA are mobility problems and often die an early death due to muscular dystrophy. Novartis Gets US Approval for USD 2.1 Million Gene Therapy.

People with certain types of SMA can’t stand or walk without being aided. They face tremors, spinal deformities and respiratory weakness. It’s considered an “ultra-rare” disease that can cause death within a couple of years after the child’s birth.

What is Zolgensma and How Does it Work?

Zolgensma is Novartis’ new gene therapy drug for treating paediatric patients of SMA who are less than two years of age.

SMA is caused by defective genes, which prevents the body from making proteins that control nerve movement. Without the protein, the nerve dies off. That’s where Novartis’ Zolgensma comes into the picture.

The one-time, gene-therapy drug supplies functional copies of the defective gene, which triggers the production of the missing protein. Zolgensma essentially prevents the disease from progressing and worsening.

Why is Zolgensma So Expensive?

The life-saving drug, however, comes at a hefty price tag of $2 million, which is roughly Rs 14 crore.

An independent non-profit group Institute for Clinical and Economic Review, which evaluates new medicines by their efficiency says that the price tag is justified because it “dramatically transforms the lives of families affected by this devastating disease.” It is a path-breaking medicine, which can address the disease with a single dose.

Jerry Mendell, a doctor involved in the trial said, "The level of efficacy, delivered as a single, one-time therapy, is truly remarkable and provides a level of unprecedented hope for families."

While it is expensive, Zolgensma may be more cost-effective than its rival Biogen’s Spinraza, which has to be taken every four months. The first dose is priced at $750,000 for the first year and $350,000 per year after that.

Novartis explained that Zolgensma’s high cost is justified by the fact that treatment with Spinraza will cost families $4 million for 10 years of treatment.

(The above story first appeared on LatestLY on May 27, 2019 12:45 PM IST. For more news and updates on politics, world, sports, entertainment and lifestyle, log on to our website latestly.com).