Dillagi was the first film in which I had seen the shoot while it was being shot in Shimla. I found it very interesting and my curiosity grew. After a couple of years, when I started working in the field of theatre, Punjab used to have these small-scale movies called ‘Telefilms’. 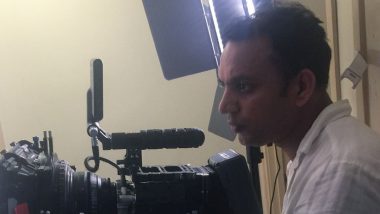 Dillagi was the first film in which I had seen the shoot while it was being shot in Shimla. I found it very interesting and my curiosity grew. After a couple of years, when I started working in the field of theatre, Punjab used to have these small-scale movies called ‘Telefilms’.  I have worked a lot in them, assisted in many films. In some films, I even enacted a couple of small-scale roles. Look, I am from Punjab... and our family culture is that we have to feed ourselves first. With that mindset, I came to Sydney.

'The Oneness' director Dave Sidhu is soon coming up with a film titled Yaariyan Dildaariyan. This is the first feature film directed by Dave Sidhu. Japji Khaira, Virat Kapoor, Jasprem Dhillon are the lead roles in the film. According to Dave Sidhu, the film was originally scheduled to release in April, unfortunately, its release was postponed due to Covid, but it is likely to hit the cinemas in September.

The ‘Kuch Na Kuch’ Director Dave Sidhu has appeared in an important role in the 2018 film Paresh Parinda. Although he was involved in casting apart from directing and acting, he was cast in the recently released 'Kudiya Jawan Bapu Pareshaan.'

After arriving in Sydney, the story of the struggle he has faced has been long due to the differences in Culture, Language, and many more things which were different from Punjab.  It takes time to learn, understand and apply them after all.  After about 2-3 years of a lot of struggle, life settled down there. I found a job. In the beginning, I did varied jobs.

Most of the work I've worked with over the years has been shot almost here in Australia. Virat Kapoor probably did do some small roles earlier, I don't know much about him. His wife is the producer of this film. When he came here, he had a story, some budget, but that wasn't enough. There is a billionaire here named Amarjit Khela. I have a good relationship with him. He helped us a lot. We started this film on a very low scale, I have very good connections here because of which we received the help of community members. I took over the responsibilities as an executive producer. After an excellent start, the work of the film was done on a better level. The production work which was to happen in India was outsourced because we could not go due to covid restrictions. All these people who made the film did not think of it as a job, we made this film as a family would.

It was not so easy to start his own business abroad, it was the result of hard work and dedication. It is a business or rather a mixed, activity-controlled business - compliance construction, local public services, and many other services that he and his wife provide. His office is located in Sydney. Apart from this, Dave Sidhu runs his own TV and Radio channel – Raabta. Not only does he work for the Raabta channel, Dave Sidhu is also a 50% partner with Robbie Benipal (His Partner).

The process of directing has already started. The only thing left for ‘yaariyan dildariyaan’ is that it is yet to be released. All the production work is done. This is my debut directorial feature film. For now, we are working on a big project. We are working on the Sydney Water Project, which is based on the supply of water here. The project is based on that, it is a big project.