Jamil Saidi’s Success That Many Entrepreneurs Aspire to Achieve 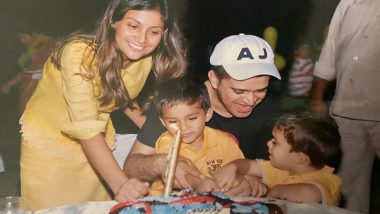 Born on the 27th of august 1969, in Tonk Rajasthan. Jamil’s flamboyant lifestyle and ambition to strive inspire many in rajasthan which has resulted in a huge fan following to an extent where thousands of people come to take pictures and autographs from him whenever he visits his home town.

His life is an epitome of honest, hardworking and fascinating journey. From finishing schooling in one of the most leading schools in India, Jamil went off to london to make his dreams turn into reality just at the age of 19. As humble as it sounds for a month or two just to get a glimpse of the world from the other end he became a waiter at a high end restaurant as an intern in mayfair london which resulted in him meeting business tycoons and political leaders from all over the world. After a while, because of his expertise and range of contacts his business was a success in london and gradually started expanding it in germany. Seven years later the bizman came back to work in india and many political leaders sought interest in him because of his knowledge and experience. Soon he was appointed as the General secretary of youth congress. However, after a while he realised that politics wasn’t his forte and it was business that interests him.

In today’s world there are very few self made people, people who have done well for their family and their self just by themselves and Jamil Saidi is one of them. His courage, determination and his positive attitude which motivates him to work harder every day has brought him this far today. He has always believed that “being honest is the first step towards success”. Even though Jamil used to be busy with work for at least 20 days a month he always took out time for his wife Ammu and children Aryaan & Shayaan. He also made sure his kids are having a great childhood and has made them walk multiple fashion shows in front of thousands of people in which even famous bollywood celebrities like Mr Sanjay Dutt and Mr Irrfan Khan were a part of. He often used to take his children and his wife out for vacations abroad to london, Miami, Cannes or if he didn’t have much time, he just took them for a short trip to Jamil’s marvellous fort on the hills of Rajasthan or his beautiful 100 acre property by the lake near jaipur which reminds you of Hawaii every time you go there.

The people in his hometown look up to him as a role model and whenever is in town he is invited to give speeches to thousands of people. A few months back, in January, his speech about poverty and the importance of culture and religion to the people of Tonk, rajasthan had become trending and was widely being circulated across his home town.