Spain Is World’s Best Country to Visit in 2019: Here Are Top-5 Nations With Scenic Travel Destinations According to World Economic Forum 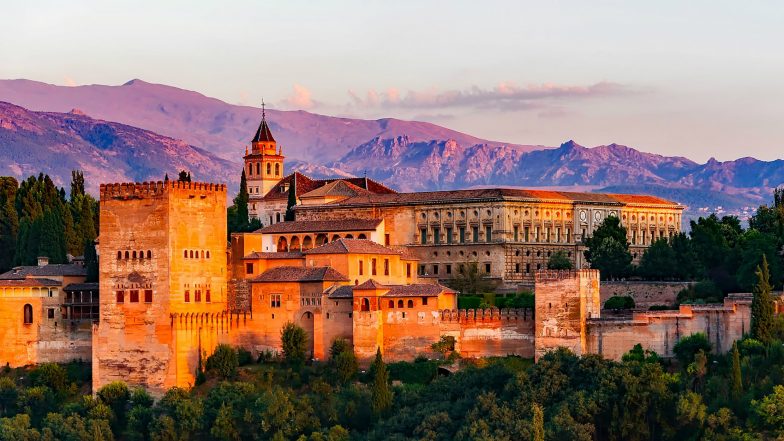 Washington D.C., September 6: Wondering where to land next? Well, how about a country which has over 3000 miles of coastline, about 48 UNESCO World Heritage sites and has been described as the best country to visit in the world? Yes, the Hispanic nation- Spain has been declared as the world's best country to visit, by the World Economic Forum. Spain maintained its spot just above its neighbour country, France in the 2019 Travel and Tourism competitive report published by the Swiss-based organisation, reported CNN.

It's a no brainer to comprehend why Spain, which has some of the most exquisite and attractive places like Barcelona, La Sagrada Familia basilica, Madrid and its famous Prado art museum and the Costa del Sol with warm, picturesque beaches, became the top choice. Planning Your Holidays? These are the Best Pictured Indian Tourist Destinations on Instagram.

However, what might surprise travel buffs is the European country Germany's third-place -- above the likes of Italy, Japan and the United States. But the trip destinations are ranked by "travel readiness" at what the WEF calls a "tipping point" for the travel industry.

The 90-strong criteria taken into account included infrastructure, safety and sustainable travel initiatives along with culture, accommodation and value for money. Meanwhile, the US and Asian country Japan, fixed their spots in the top five places with Yemen hitting the bottom spot at number 140.

The rankings took out every year have seen the top 10 countries to be unchanged largely except the UK which slipped to the sixth spot from fifth. Italy earned the eighth spot with Canada following it at nine. The forum looked at four areas of tourism: natural and cultural resources, infrastructure, national travel and tourism policy, and the "enabling environment" (from safety and hygiene to the labour market).

All the 140 countries were rated for things like cultural resources, air transport infrastructure, and price competitiveness. Other places highlighted through WEF findings included Vienna, Austria's capital which was named the "most livable city in the world" this month. On an overall basis, it was ranked 11 topping the board for "health and hygiene." Top 50 Instagrammed Destinations in The World 2019: While London, Paris and New York Take The Top 3 Slots, Mumbai Ranks 2nd For Couple Photos.

Meanwhile, Finland, Iceland and Oman emerged as the safest nations. El Salvador, Nigeria and Yemen were ranked the least safe. The United States of America stood atop just one pillar - human resources and labour market. Canada was ranked top for air transport infrastructure, and Mexico for natural resources.