A woman was horrified when her hands smelled of poop while she picked up some chicken nuggets in the freezer at a store in Saltcoats, Scotland. And all she got in return was some chocolate balls as apology. The supermarket was been forced to shut down following the disgusting discovery. 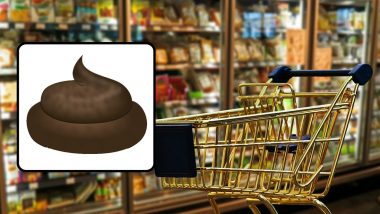 A woman's find for chicken nuggets in a supermarket will also make you never want to eat them again! We know nuggets are among the favourites of many but a woman in Iceland had her hands on some human poop instead! Lynne McCabe was horrified when her hands smelled of poop while she picked up some chicken nuggets in the freezer at a store in Saltcoats, Scotland. And all she got in return was some chocolate balls as apology. The supermarket was been forced to shut down following the disgusting discovery. UK Man Caught Reaching Out to Shorts And Sprinkling Pubic Hair on Food at Restaurant to Avoid Paying the Bill, 'Disgusting' Video Goes Viral.

The poop was smeared on the packaging of the nuggets, and Cabe realised what it was when she accidentally touched her nose. She told Daily Record, "The smell was awful. I must have touched my nose after I put the nuggets in the basket. At first I didn't know where it was coming from but then I realised. I was disgusted and just glad my little girl hadn't touched it first." She had bought it for her children's dinner but was horrified and we don't blame her. She did bring it to the notice of the staff immediately but their reaction was shocking. YUCK! Toronto Citizens Start Pooping and Urinating in Open! Park Puts Up Signboards 'Poop and Scoop' for Humans Instead of Pets.

She said, "At first they laughed and then one was kind of heaving saying 'that's disgusting'." They gave her a box of chocolate balls as an apology but clearly Cabe was not impressed by it. "They did say sorry and gave me a box of Lindor chocolate balls as an apology. I mean come on, I'm covered in poo and they give me chocolate balls to say sorry?" The staff then blamed an elderly woman who had visited the store earlier for the mishap. They would look through the CCTV to understand how the poop ended up there. Apparently, the woman was unwell and had made a mess right there. The shop clearly did not clean up properly after the incident.

Lynn then even called the customer service to report the incident who offered her a voucher, wine and some freebies! A spokesperson from the store  told a report, the shop was closed immediately for deep cleaning and is now back to normal.

(The above story first appeared on LatestLY on Sep 05, 2020 11:46 AM IST. For more news and updates on politics, world, sports, entertainment and lifestyle, log on to our website latestly.com).