Donald Trump Shares Photoshopped Image of Barack Obama Spying on Him, Gets Slammed on Twitter 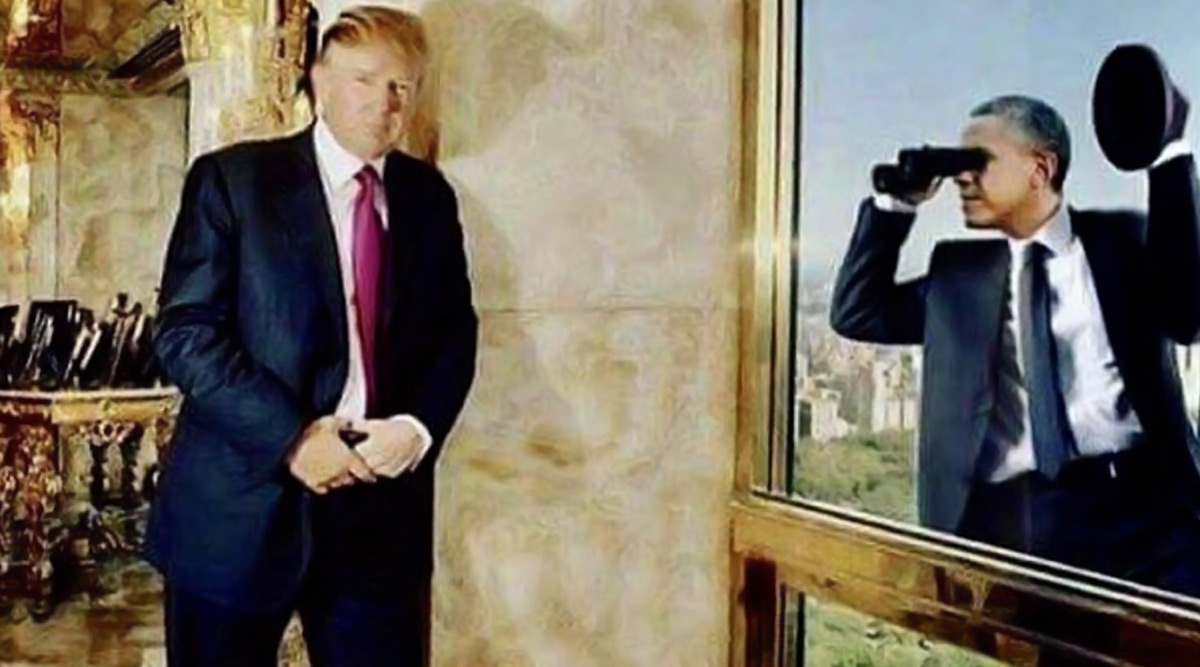 New Delhi, January 24: US President Donald Trump on Friday tweeted a photoshopped image of him standing in the hallway of a room, leaning near the window of his Trump Tower in Manhattan while his predecessor, Barack Obama, scales the wall with suction cups and looks at him through binoculars. The doctored image was an apparent reference to claims made by him that Obama spied on him and his campaign.  Donald Trump Tweets Photoshopped Pic of ISIS Raid Dog Conan Getting Felicitated By Him, Receives Mixed Reactions!

The post, which has gained over 38.5K and 145.2K likes, received thousands of reactions. Many netizens criticised Trump for mocking Obama. One user said, "do you have any idea just how ridiculous you are." Another tweeted, "Obama just wanted to see what an impeached president looks like." Donald Trump Uses Nickelback ‘Photograph’ Meme to Expose Joe Biden, Gets Brutally Roasted by Twitterati (Check Out Funny Tweets).

do you have any idea just how ridiculous you are

Obama just wanted to see what an impeached president looks like

So you’re saying Obama has the upper body strength to climb up skyscrapers while you need to lean against faux marble ?

You feel deeply inferior to Obama. You should. pic.twitter.com/Fid3Hq6Blk

#DonaldTrump will always be jealous of President Obama, and will never measure up. 😳

In March 2017, the US President had left Twitter baffled when he accused Obama of spying. "Terrible! Just found out that Obama had my wires tapped in Trump Tower just before the victory. Nothing found, This is McCarthyism!" he had claimed.