Fact Check: Video of Dragon-like Creature Disappearing in Sky is NOT 'Coronavirus Leaving China', Here's The Truth About Viral Clip 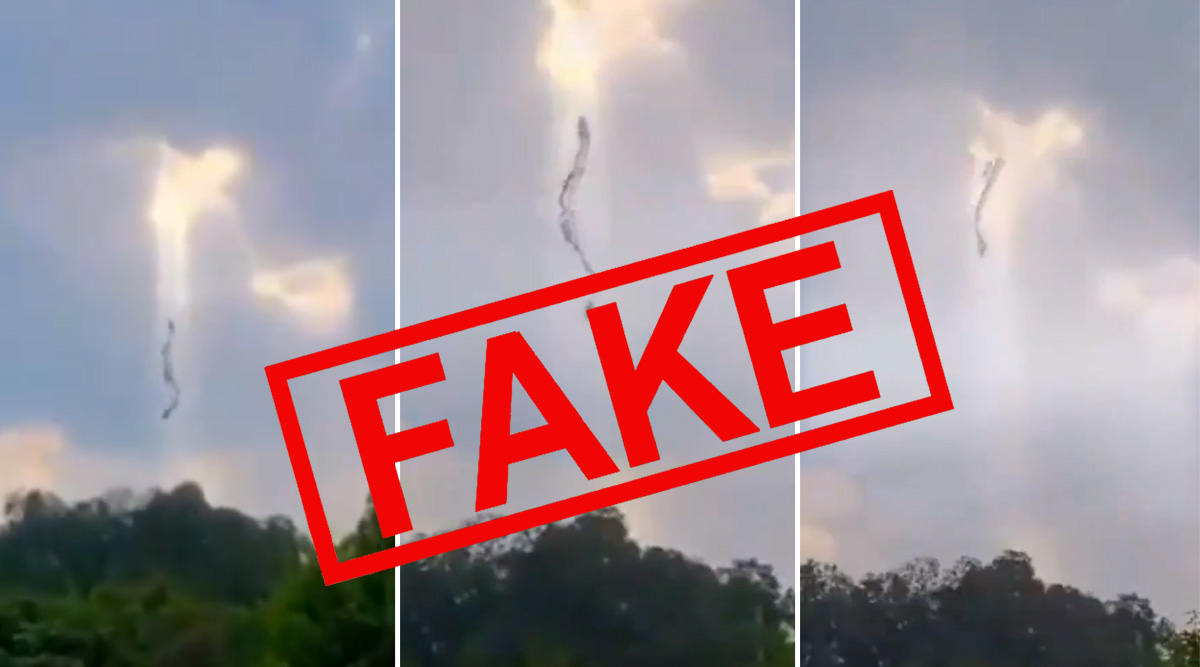 While the cases of Coronavirus continue to rise in countries around the world, the numbers have significantly gone down in China, from where it began. While that's a news of respite, there is no stopping the fake news and videos being shared online. Now a highly edited video of a dragon-like creature disappearing into the sky has made its way on Twitter. The video shows a featherless bizarre creature heading towards the sky and disappearing into it. What's more shocking is, the video is now being shared on Twitter and WhatsApp as "Coronavirus leaving the earth." Well, if you haven't figured it out, then let us tell you it is fake and an animated video. Fact Check: Video Claiming Sophie Trudeau Talking About Coronavirus is Fake, Know The Truth About Real Person in The Clip.

Videos or images featuring bizarre creatures always catch the fancy of the netizens. So when something similar came up and this time targetting everyone's concern about Coronavirus, it was shared even more. A video from the platform U Video shows a bizarre creature heading into the sky and then vanishing into it. But it looks like a highly edited video and that's what it is. As reported in India Today, it is made by an user, who has made several such animated videos in the past. No Virus, World War Three, Nuclear Weapon or Asteroid will End this World! We on Social Media and News Channels will Bring The Doomsday Soon.

This Morning #China Saw This Creature Going In to Sky, #CORONA, Will Leaving The World.,😊#Covid_19#StayAtHome#JantaCurfewMarch22 #Qatar pic.twitter.com/vSADLuRq5G

People are sharing the video over and over again on WhatsApp, with the caption, "coronavirus is leaving the earth." The U Video is a video sharing app like Tiktok, Vigo. The user had created this video about a month ago, as mentioned in the report. The video that is going viral now is re-edited by adding more graphics and sound to it. So if you come across this video on social media timelines, make sure you bring it to everyone's notice, that it is fake.

Video of bizarre creature disappearing into the sky is coronavirus leaving earth.

The video is an animated video.