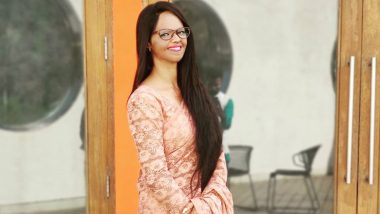 35One of India’s active campaigner for acid attack victims’ rights, Laxmi Agarwal turns 30 on June 1. Having survived an acid attack at the age of 15 in Delhi, she has brought to the fore several campaigns that regulate the sale of acid in India. She is associated with several NGO’s that work for the upliftment of the victims and her positive attitude towards life has won her several admirers around the globe. Public Interest Litigations is one of the powerful tools used by her to make the Indian judicial system aware of the challenges faces by acid attack survivors in society. She pressed for changes in the Indian laws dealing with criminals who perpetrate such crimes. Faizal Siddiqui TikTok Controversy: Laxmi Agarwal Thanks NCW For Taking Strict Action Against his Video that Allegedly Promotes Acid Attack.

On her 30th birthday, we take a look at some interesting facts about her life.

Laxmi Agarwal is an inspiration to the survivors of the horrific acid attacks and continues to work tirelessly for bringing a positive change in their lives.

(The above story first appeared on LatestLY on Jun 01, 2020 01:32 PM IST. For more news and updates on politics, world, sports, entertainment and lifestyle, log on to our website latestly.com).