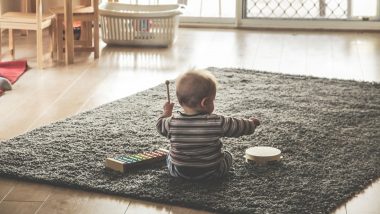 Investigating authorities are trying to find the person who tried to sell a newborn on Craigslist in Miami. The person purported to sell a newborn baby for $500 on the classified advertisements website making investigators wonder it is a real ad or a hoax. As the Miami Craigslist ad garnered attention, the Florida Department of Law Enforcement initiated an investigation into the incident on Friday which claimed the baby is a well-behaved two-week-old who sleeps quietly through the night. Fossil Hunter Tries to Sell Baby T-Rex Dinosaur Skeleton on eBay For Rs 20 crore And Palaeontologists Are Irked.

According to the Miami Herald, the person who posted the ad said they did not want to be judged for "not wanting these kids". The Craigslist ad said that the seller would provide clothes for free. The ad also claimed that they were ready to give the baby's four-year-old sister also for free of charge. The Craigslist ad reads, "Baby is 2 weeks old. It sleeps, don't make noise at night. Formula and clothes will give it to you. Can give you the baby 4-year-old sister for free." It continues, "I live in a quiet influential neighbourhood. I work for the department of children and families. I don’t wanna be judged for not wanting these kids."

After the ad was posted, the state's Department of Law Enforcement launched a probe into it. Investigators have interviewed one woman in relation to the incident, but she has denied any involvement. While the ad looks like a heinous crime, investigators are also confused it is a hoax, considering the nature of the ad. Officials are waiting for computer records to locate the person who posted the Craigslist ad.

(The above story first appeared on LatestLY on Nov 29, 2019 10:49 AM IST. For more news and updates on politics, world, sports, entertainment and lifestyle, log on to our website latestly.com).