Serial Licker ‘GayShawnMendes’ Who Contracted COVID-19 After Allegedly Licking Toilet Seat Is a Serial Offender, Here’s Look at His Past Crime! 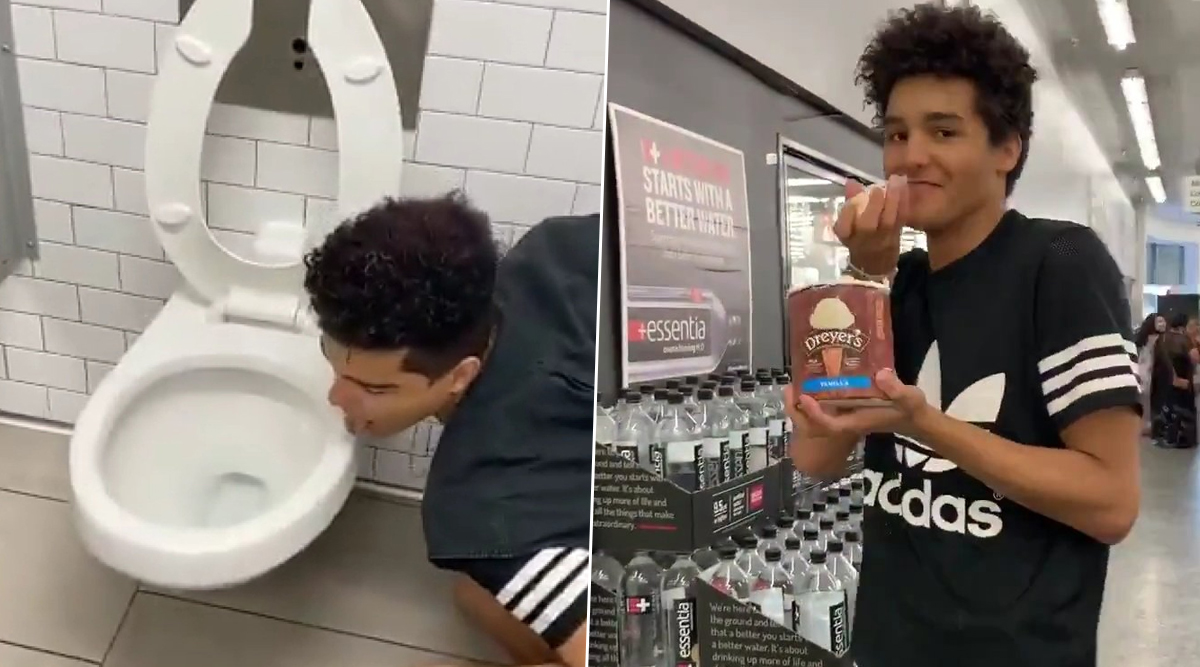 At the time of the pandemic, when people are encouraged to adopt a hygienic lifestyle, some social media users are filming themselves licking toilet seats. Many people captured themselves participating in the nauseating ‘Coronavirus Challenge’ licking scooter handles and many other objects including toilet seats. Following the bizarre trend, a social media influencer, identified as Larz who goes by the Twitter handle GayShawnMendes posted a video of himself running his tongue across the toilet seat rim. After the disgusting video went viral, Larz claimed on Twitter that he was tested positive for coronavirus. His Twitter account has since been suspended. But it appears that he is a serial licker! While browsing his history, we came across his past crime: pictures and videos of him from another challenge that created controversy last year; the Blue Bell Ice Cream licking.

The Blue Bell Ice Cream licking challenge created a stir online around June last year. A woman from Texas filmed herself licking a Blue Bell ice cream cartoon and keeping it back on the Walmart freezer. The American food company, with the help of Texas police, could trace the ice-cream licker who was identified as a juvenile. The case was solved, but not the problem.

The Texas woman influenced copy cats who one by one filmed themselves tampering food at the supermarket and the videos outraged netizens. Larz, aka GayShawnMendes was among the first ones to participate in this sickening challenge. After he uploaded his video on social media (smart move), Larz was identified and arrested by the police on the charges of food tampering. The viral video is not there on social media as Larz’s Twitter account has been suspended.

report & unfollow @GAYSHAWNMENDES , the ice cream boy : a thread of the awful things he's done and his bad lies. pic.twitter.com/MetaxnKwEs

A kid who licked toilets as part of the #CoronaVirusChallenge says he's now in the hospital with coronavirus. @gayshawnmendes was also just suspended from twitter pic.twitter.com/lfG2NBlTrs

Social media plays a vital tool during the self-quarantine period. While most of the COVID-19 hit countries are under lockdown, people are spending more time on Twitter, Instagram, TikTok and Facebook, than ever. During the pandemic, when the world hopes for creative, motivated and light-hearted content, ‘coronavirus challenge’ involving users licking objects and toilet seats ruin up all spirit. Whether or not you contract coronavirus, such moves are the worst idea for your health.