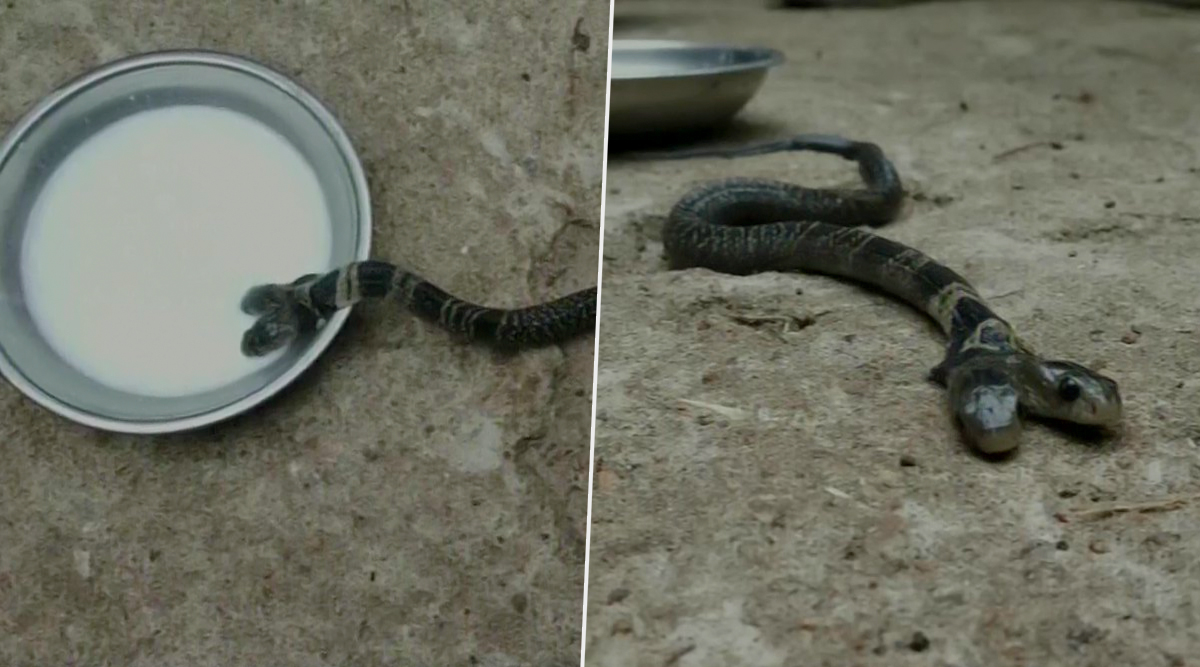 West Bengal, December 11: A rare two-headed snake was found in the Ekarukhi village of Belda forest range in Midnapore region. However, the forest department was unable to rescue the snake as the villagers did not want to hand it over to the department. Usually, most people get scared because on the sight of these reptiles, but seeing its two heads, some of the mythological believers were sceptical. The snake was even offered with some milk by the villagers. But they did not allow it to be rescued. Pictures of the snake were shared on social media and netizens were amused. Rare Two-Headed Snake 'Double Dave', found in New Jersey Forest (Watch Video).

As reported by ANI, a zoologist said the snake belongs to Naja Kaouthia species. Herpetologist Kaustav Chakraborty told the news agency, "This is totally a biological issue like a human being can have two heads or thumbs similarly this snake has two heads. This doesn't have to do anything related to mythological belief. The longevity of such species increases by keeping them in captivity. The life span of this snake can be increased if it is preserved."

Watch Pics of the Two-Headed Snake:

This species is also called Kala Naag in some places. Although there is no mythology attached to this snake, the villagers believe otherwise.

Watch Video of the Two-Headed Snake:

In September, a two-headed Russell's Viper snake was captured on video in Kalyan. The snake was rescued by the forest department later. The two-headed condition is called Polycephaly or Bicephaly. It is a defect seen in animals. According to zoologist, Soma Chakraborty, "It might be formed at the time of splitting of the embryo or maybe due to some environmental factors.